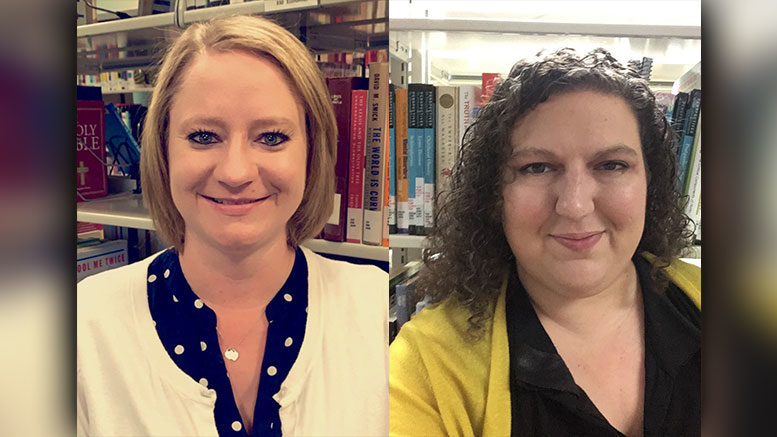 Northern Virginia Campus Librarian Heather Wietlisbach earned her MS in Library and Information Studies from the University of Alabama and was nominated for Beta Phi Mu International Honor Society for Academic Excellence. She also received an MS in Administration from the University of West Florida. Before she worked in libraries as a Reference and Data Analyst Librarian, Heather served as a Human Resources expert at the Baptist Medical Center in Montgomery, Alabama and for Women, Infants & Children (WIC) as the Overseas Liaison Assistant at the Sembach Army Installation in Germany.

“Since I was 15 and held my first job as a student shelver at my hometown public library, I knew just how valuable librarians are in this world,” says Heather. “What made me ultimately choose this profession as my forever career was the ability and knowledge that I could change someone’s mind, viewpoint, opinion, or even their life by just placing books full of information into their hands. It felt like a great deal of responsibility mixed with the fun of sharing new and exciting ideas.”

Heather likes traveling the world and experiencing new languages and cultures. No surprise, she enjoys reading and spending time lounging around a good book store in addition to watching movies and spending quality time with her young daughter, husband, and two dogs.”

Richmond/Moorefield Campus Librarian Sara Mueller started work at ECPI University this summer. She earned her MS of Library and Information Science with a concentration in Archival Studies and Records Management from Simmons College in Boston. Her BS in English was put to good use during library school and in her job as a writing tutor with the Simmons College Writing Center. Sara’s library career has been in archival work in special libraries, and in public libraries working with adult and youth services.

Sara says she has a lot in common with the many ECPI University students who are changing their career path. “Before becoming a librarian, I was stuck in a dead-end job and didn’t know what the next step was for me,” she says. “I thought it was too late to find that ‘right fit’ of a career, but I took a chance on going back to school and it paid off. I found where I wanted to be. Now working here at ECPI, it’s a reminder to me every day that it’s never too late to go for your dream. We’re surrounded by students of every age and background, all of whom are pursuing their dreams and realizing it’s not too late to change careers or paths and find that ‘right fit’ for them.”

Sara says her other interests include reading, writing, photography, and travel, which includes trips to Belgium, Paris, the Netherlands, and Ireland. Other favorite pastimes are baking, cooking, and planning for the day she will finally own an alpaca farm.