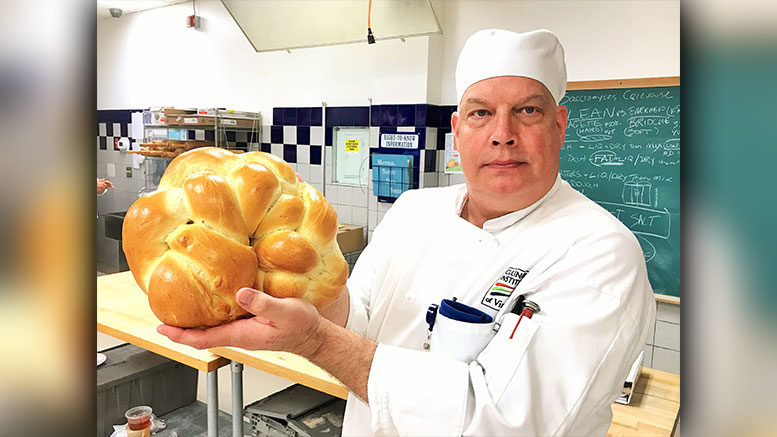 For Kevin Beasley, serving others comes as easy as breathing. He’s done it his whole life. After graduating from the University of Mississippi, Kevin spent 30 years as an ER nurse, later earning a Master’s Degree in Nursing. Throughout that time, he also served in the Naval Reserve, deploying seven times, most of which involved tours in the Middle East following the 9/11 terrorist attacks.

In 2015, Kevin retired after his final deployment which concluded at Naval Amphibious Base, Little Creek in Virginia Beach. He liked Hampton Roads and decided to stay in the area. Not needing to work, he poured himself into volunteer activities, usually at the local chapter of the Veterans of Foreign Wars (VFW) in Suffolk where he is the Service Officer. There, he quickly realized how he could become most useful. “I was injured twice, in Africa, then Afghanistan, and I had to become skilled very quickly in dealing with the bureaucracy and red tape of the VA if I was going to get all of the benefits I had coming,” says Kevin.

“It is a blessing to take the skills CIV has given me and use them to help another vet and hopefully make them feel better.”

So, Kevin began spending two to three days a week at the VFW helping vets file disability claims. In dealing with such sensitive issues, he noticed that the conversation came easier while sharing a meal. That got Kevin to thinking. He had always enjoyed cooking and before long, he had figured out the next stage of his “retirement.” He enrolled at ECPI University’s College of Culinary Arts, Culinary Institute of Virginia (CIV).  A little more than a year later, he graduated. He still volunteers at the VFW, but now he also includes cooking among his many volunteer activities.

Many a Saturday morning, Kevin makes an elaborate breakfast for all the vets, the most requested specialty being his signature Shrimp and Gouda Grits. Everything is made from scratch and is prepared as though each guest is a VIP…because they are. “It is a blessing to take the skills CIV has given me and use them to help another vet and hopefully make them feel better,” says Kevin. “It’s all about giving back. As much sadness and suffering as I’ve seen, there are so many vets who’ve seen so much worse and suffered so much more.”

Kevin believes food is one of the best ways to get to know and understand someone. Breaking bread with a fellow vet puts them in an environment that seems to break down barriers. He frequently invites veterans over to his house for dinner, and sometimes, he goes to their homes, takes over the kitchen, and serves up a five-star meal. So, why does he devote such a huge portion of his retirement to this? It’s simple, he says. “It’s my duty…and I can.”

Be the first to comment on "A Life Serving Others"