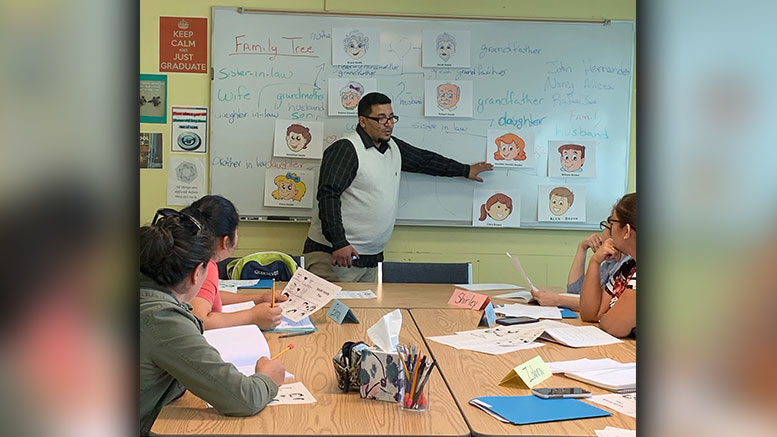 Just two years ago, Rafael Hernandez had little hope. Having suffered a spinal cord injury, he was paralyzed from the chest down. His career as a truck driver was over. What’s more, he no longer had a way to provide for his wife and five children. With few skills and no high school diploma, he knew his options were limited.

“I was in a really dark place,” he says. “I felt useless, a burden on my family, and a failure. I fell in a deep depressive state that was eating me alive. I had many sleepless nights because of the excruciating pain I was feeling due to the injury, but through the support of my family and knowing that my kids still depended on me to guide them through life, I found strength.”

With new resolve, Rafael began an intensive rehabilitation, eventually regaining his ability to walk. He also regained a deeper sense of purpose and decided it was time for some big changes. Working with the Greenville Literacy Association (GLA), he was able to earn his GED. “One of the promises I made to myself was that if I ever did get my GED, I was going to go to college, he says. “I wanted to be able to provide a better and more stable life for my family. After some research and family counsel, I chose to enroll at ECPI University and so far it’s been the best decision I’ve made for my college education.”

“Today, I stand tall and proud that what I set myself to do, I am able to accomplish and I’m well on my way to providing the stability my family deserves.”

Rafael is studying Cyber and Network Security and is now more than halfway towards his Associate’s degree. “Rafael has been the definition of persevering through adversity,” says Greenville Campus Director of Academic Affairs Drew McCabe. “He has overcome numerous barriers that would have stopped most students. Instead, he has used these life lessons to his benefit as he has earned a great work-study opportunity with the Greenville Literacy Association while maintaining outstanding attendance and a 3.79 Grade Point Average. Rafael is an inspiration to everyone on our campus.”

Rafael says his work at the GLA continues to bring him great fulfillment. “I want people who walk through these doors to see someone who made it. I want to empower people – to give back what I was given. Today, I stand tall and proud that what I set myself to do, I am able to accomplish and I’m well on my way to providing the stability my family deserves.”