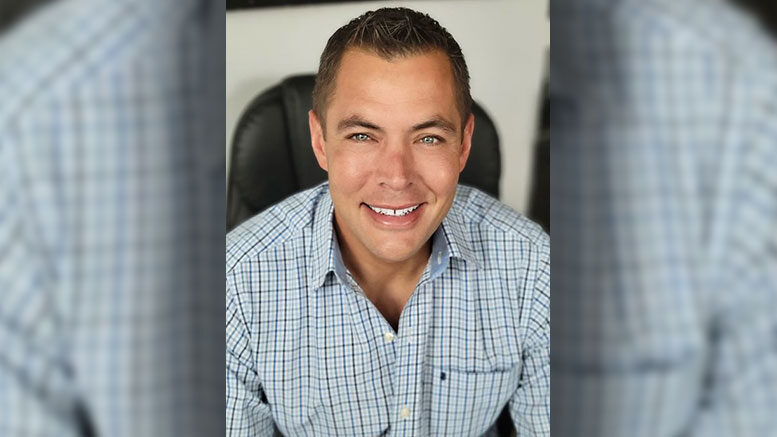 Whether acting on the set of the Walker, CW’s 2021 remake of Walker, Texas Ranger, earning his bachelor’s degree at ECPI University or taking on a few shifts at the construction site for extra cash, Christopher Bigelow isn’t scared of a little hard work.

Orphaned at 3, he grew up in the Texas foster care system, bouncing from house to house until he aged out at 18. After graduating from high school, with the promise of a large signing bonus, he joined the Army. “I was just a kid, and I’d never seen that much money before,” Chris laughed. “So, I joined the Army and spent seven years with them, deploying multiple times.”

While on his last deployment, Chris’ unit was ambushed by a roadside bomb. “I was lucky to be alive, but I had a TBI (traumatic brain injury) from that. Sometimes, even today, I still have trouble with memory.”

With his military career over and Chris recovering from his injury, the new veteran enrolled at ITT Tech, and he and his wife welcomed two daughters a year apart. In 2014, Chris finished his associate degree in Electrical, Electronics and Communications Engineering.

He began his career as an electronics technician after graduation, but soon found himself faced with another hardship, this time, divorce. “I went through a pretty dark time, and got into a bit of trouble,“ said Chris. “After all I’d been through, especially as a kid, I didn’t want to put my daughters through some of the same stuff I went through. I decided to pick myself up.”

That’s when Chris went back to school for his bachelor’s at ECPI University’s San Antonio campus. “I like the smaller classes, and the personal interactions with instructors. They are quick to offer more help. At some of the bigger schools, you are a small fish in a big pond. Here I had a better chance of actually learning.”

In his spare time, Chris moonlights as an actor, appearing in anything from local informercials to a national series like Walker, where he plays a ranger in several episodes in season one. “It’s really just a hobby,” said Chris. “A fun one.”

Since completing his BS in Electronics Engineering Technology, the well-rounded graduate has been in high demand on the interview network. “Dalia, my career services advisor, really helped me finetune my resume and it worked,” said Chris.

“SpaceX – Elon Musk’s company – flew me out for a tour and interview in Boca Chica. The position was for a Starship Equipment Technician. It was really a fascinating experience, but the company had a hiring freeze before I could get any further in the process.”

But just as Chris was looking into other options, he heard back from SpaceX, whose hiring freeze was over. “I just accepted a position and start tomorrow!” Chris said.

Another career goes up, up and away, thanks to ECPI University.