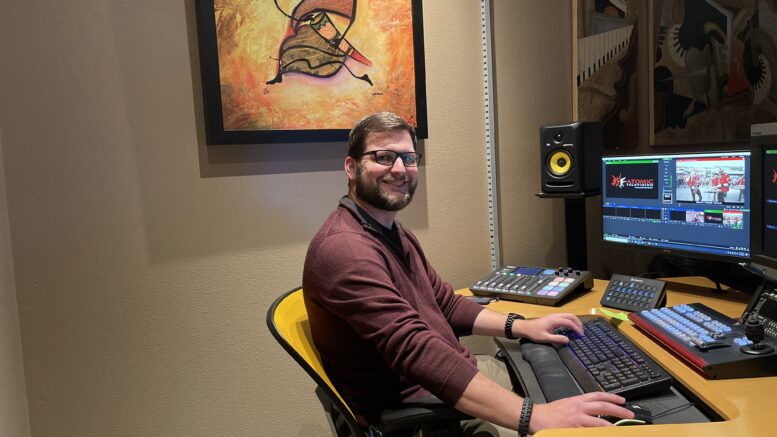 Josh Good knows who he is and what works for him. Known as “the fixer” while serving in the military, Josh was always the guy called on to help figure a problem out. But after injuries to both shoulders and his back, his time in the service came to an end.

Josh isn’t the kind that sits still. Having already tried community college during his time in the military, Josh knew its format just didn’t work for him. Instead he found ECPI University Online, and with it, his stride for school.

“I had a bad experience in community college all because I couldn’t memorize formulas. I even got on academic suspension. ECPI University didn’t work like that, and from my first class, I was on dean’s list the entire time I was there,” said Josh. “The biggest thing for me was how ECPI was way ahead of the game with online electrical programs. You were on the forefront of that.”

It felt good to excel in an accelerated degree program. “There’s just nothing like getting a real-world education, and once I got the hang of it, given the amount of credits I was able to transfer in, it only took me about a year to get my EET degree with a specialty in Mechatronics.”

During this time, Josh also opened his own video production business in Las Vegas, his home since 2009. “The fixer” soon found himself saving the day for large conventions, concerts and conferences. “Once I was called in to replace an AV company that quit on Aerosmith. I had exactly one week to learn every song, every note, every element, so we could direct and coordinate the production for their residency.”

If that doesn’t impress, Josh’s clients also include the Mr. Olympia competition, the Microsoft Halo launch and the largest store restoration conference in the country.

As the pandemic began, Josh’s business had to pivot, big time. “Las Vegas was so destroyed with the absence of live events. But I kept working and finding jobs. Where most of my competition ended up closing, my company didn’t go under. It actually grew, and I’ve been able to purchase the equipment from my old competitors.”

Since Josh considers a slow work week to be around 50-80 hours, in 2020, he enrolled in school for his master’s degree, again choosing ECPI University Online. “You guys are cutting edge when it comes to online, and where degrees and jobs are going. Where people are catching up, because they’ve had to, ECPI has been mastering it.”

For a year and a half, Josh did nothing but eat, sleep, breathe and work. In 2021, the hard work paid off when he graduated with his Masters of Science Management and Organizational Leadership. “ECPI University is a ‘big school’ level of education but with the level of care of a hometown community college. I appreciated how you treat veterans, and especially the flexibility and adaptability you provide for busy, working adults. It’s a university of people bettering themselves, and you guys get that.”

After the first of the year, Josh’s company, Audio-Visual Production Partners, merged with Atomic Television to increase their capacity to service the event industry in Las Vegas. This time, what happens in Vegas, won’t stay in Vegas…so congratulations on the business venture to a double ECPI grad!