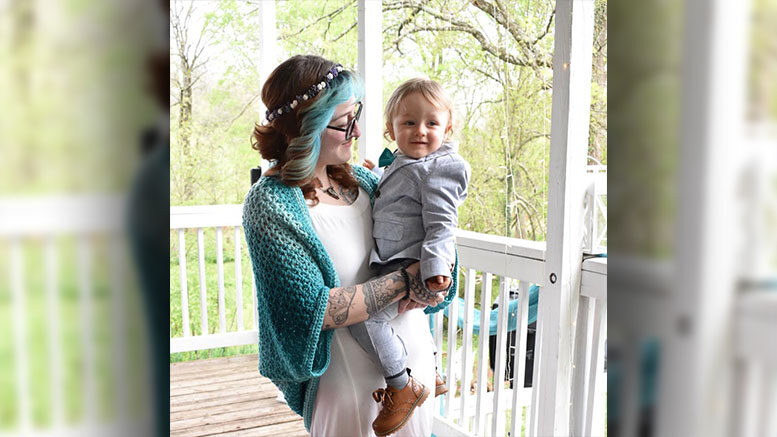 Saraya Lawrence is never too far from a kitchen, whether at her apartment in Ashburn or at her job as an Assistant Manager at Baker’s Crust Artisan Kitchen.

Following high school, the Northern Virginia (NOVA) native ventured out of state, working at eateries throughout the Southeast. And over the next few years, she held just about every job in the restaurant industry, from hostess to chef’s assistant. With so much hands-on experience, it was only natural that a family friend called to ask her to help them open a restaurant in NOVA.

So Saraya moved back home and into her family’s multilevel townhouse in Ashburn. “But while working there, I felt like I’d hit a ceiling in my career. It dawned on me that I needed to take the next step and go back to school for a degree,” said Saraya. “I chose ECPI University because they offered a business management degree, with a focus in hospitality management. It was exactly what I wanted, plus it was online.”

ECPI University Online was a perfect fit for Saraya, who also became a mom to Alistair (“Ali”) during this time. While working 50-60 hours a week, she made time for her classwork during naptime and evenings. With great grades and an externship under her belt, Saraya was just one week from finishing her bachelor’s degree when the unthinkable happened.

“It was the day before Halloween, and I had just gotten home from work. I laid down with my son, Ali, for his nap,” said Saraya. “I kept hearing these loud bangs. At first, I thought it was just someone dropping something heavy upstairs. But when I opened my door, I knew it was a fire. The loud noises were the propane tanks and aerosol cans exploding in the garage right behind our bedroom.”

Luckily, Saraya’s entire family, even her cat, made it out in time. “It looks really bad, but the fire department got there and put it out quickly. Come to find out, our renter’s insurance was not active at the time. So besides being displaced, we lost everything in the garage including my dad’s three motorcycles, and my mom’s car. Much of the items in the house had smoke or water damage,” she said.

Thanks to a neighbor, a GoFundMe page was created and it gained popularity when the local news picked it up. “We were super blessed that our neighbors set that up. So many people came in droves to help us – and we were able to stay in extended stay hotels for two months,” said Saraya.

With such a shock, it was hard to focus on school. “My ECPI professor was amazing. I only had a few assignments left to do, but he told me to get done what I could since my grades were stellar. Everyone was so supportive during that time. I mean the fire was October 30, and I graduated on November 7!”

The family lost a lot, but they had each other. “After the panic settled, we dealt with the aftermath of the fire just like we always deal with things: by joking,” said Saraya. “If you don’t laugh, you’ll cry!”

Today, Saraya and her two-year-old son are in an apartment close to her job. “As soon as I graduated and came back to work after the fire, Baker’s Crust promoted me to Assistant General Manager,” she said.

As for Saraya’s family, they decided to take the fresh start as a chance to do what they’ve always wanted to do, and move from the hustle and bustle of Northern Virginia to the wide open spaces of West Virginia.

As for her time at ECPI University, “I loved every second of it,” said Saraya. “I still love cooking but I enjoy it more when I do it for leisure.”  And now that she and Ali have their own kitchens to run – Saraya’s at Baker’s Crust and Ali’s with plastic pots and a toddler’s chef hat at home – maybe the duo can get to work on their five-year plan.

“I’ve always wanted to own my own food truck. Maybe that’s what’s next!”

When Zack Needed a Change, He Made It