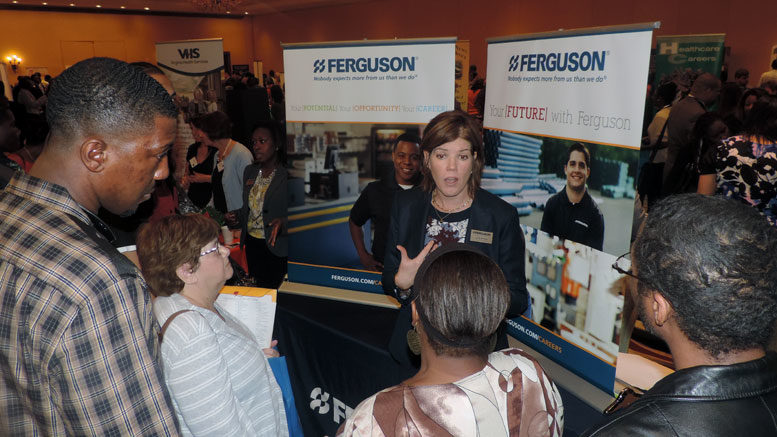 There’s an old saying: Many hands make light work. They can also produce big results. That has certainly been the case the past couple years in Columbia, South Carolina and Newport News, Virginia. In both cities, ECPI University has been bringing community partners together to help people find jobs.

Working with the South Carolina Chamber of Commerce as well as the chambers in all of the surrounding cities, dedicated staff members at the Columbia campus assembled 108 employers at the Columbia Metropolitan Convention Center. More than 1,800 job seekers turned out.

[Tweet “Initial feedback from the HIRE Peninsula Career Fair include “the perfect event” and the “best career fair ever!””]

In Newport News, the campus-led partnership included the Virginia Employment Commission, Peninsula Worklink, Peninsula Chamber of Commerce, and the City Center Marriott. In total, 100 employers and more than 1,700 attendees made the event a resounding success. Initial feedback from the HIRE Peninsula Career Fair include “the perfect event” and the “best career fair ever!”