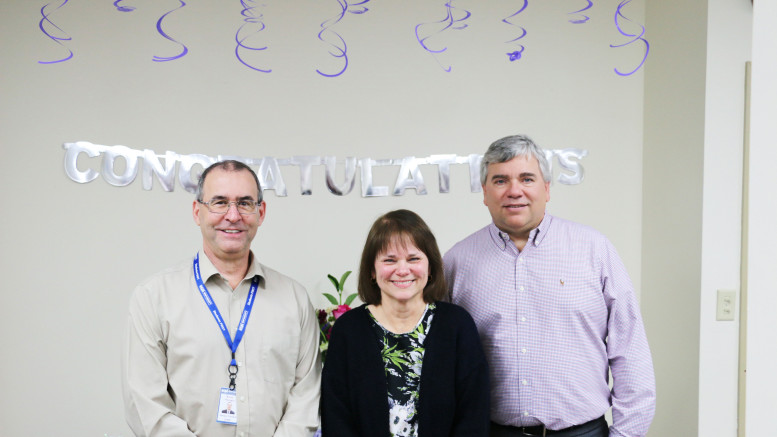 When Kathi Turner began working at ECPI University, MTV was about to go on the air, IBM introduced its Model 5150 PC, and ECPI University had one campus. Thirty-five years later, a lot has changed. For starters, ECPI University now has campus locations in 12 cities across Virginia and the Carolinas. Yet, there is one thing that has remained unchanged: Kathi Turner is still providing students with steady guidance.

[Tweet ““She is ECPI right to the core,” says Campus President Kevin Paveglio.”]

As the Virginia Beach campus’ director of financial assistance at ECPI University, Kathi is one of ECPI University’s most respected professionals. “She is ECPI right to the core,” says Campus President Kevin Paveglio. “Kathi embodies our university’s culture. She has a ‘can-do’ attitude and won’t quit until she gets the job done.”

For Kathi, ECPI University is more than just a place of employment. She truly relates to the students, and for good reason. The bond she shares with many of “her” students is formed by a common history. “I was a single mother raising two children and had to put off my own education until they had grown up, so I understand what it means to struggle to make ends meet,” she says.

Kathi strives to create an empathetic atmosphere in her office and among her staff. “We have students who face a variety of obstacles,” she says, “and it’s our job to help them overcome as many as possible.”

[Tweet ““We have students who face a variety of obstacles and it’s our job to help them overcome as many as possible.””]

Most importantly, she wants each person on her staff to be focused on their ultimate purpose. Each year, her team serves as greeters during graduation. “Graduation is what it’s all about,” says Kathi. “Everything we do is about helping students walk across that stage.”

Fortunately, Kathi is not quite ready to retire. And for Kevin Paveglio, that’s good news.

“She is my ‘go-to’ person,” he says. “Every leader needs a trusted advisor, someone who will always tell them what they think. There are so many financial regulations to keep track of, and they’re always changing. Kathi is committed to doing things the right way. I sleep well at night knowing she’s in charge.”