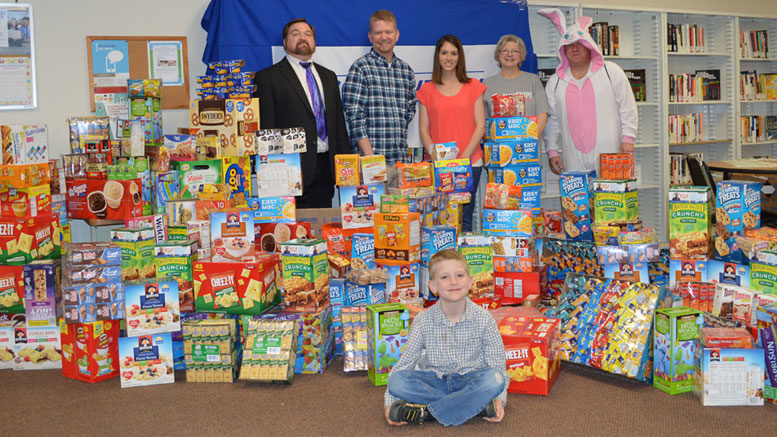 It all began when Jeremy Seitz’s son came home one day and told him that his school was launching a food drive. While it may have seemed like just another student project, that changed when he watched a video on the Clearbrook Elementary Facebook page.  He discovered that many children in Virginia’s Roanoke Valley are going home each weekend with little or no food in the house. “I couldn’t believe how many students were suffering,” says Jeremy. “I knew I had to help.”

[Tweet ““I couldn’t believe how many students were suffering. I knew I had to help.””]

Jeremy is currently a student studying network security at ECPI University, so he figured the best place to begin was with his fellow students, faculty, and staff. To generate interest, he came up with a rather clever idea…an election. All he needed was five faculty and staff members who would step up and serve as “candidates.”

Everyone on campus was asked to bring in healthy food items, and for each item donated, they were allowed to cast one vote. The candidate receiving the most votes would have to wear a bunny suit and greet incoming students at the beginning of the new term. As might be expected, many of those donations came from the candidates themselves, each casting votes for their opponents!

[Tweet “”Yes, I was the winner. That is, if you think being forced to wear a bunny suit constitutes winning!””]

With the all votes tallied – 8,866 items in total – Student Success Coordinator Scott Warman was the winner. “Yes, I was the winner, says Warman, “That is, if you think being forced to wear a bunny suit constitutes winning! While we tried to make this competition fun, we are talking about a very serious issue, something these children should not ever have to deal with. Jeremy is to be commended for seeing a problem and taking action and I was honored to be a part of it. These children are innocents and they need our help.”