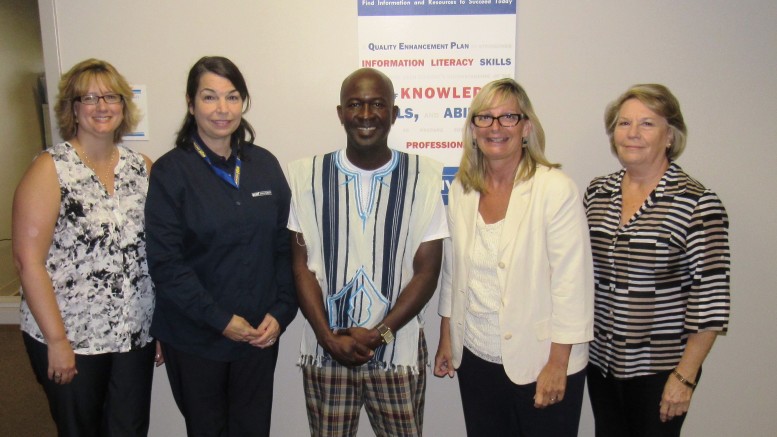 Growing up on the Ivory Coast, Simplice Kouame says he always dreamed of America. He made it here, but it took many years for his dream to fully unfold. It all began nearly a quarter century ago. In 1991, he was able to enter the United States and moved in with a cousin in Texas. At the time, he spoke French, but no English.

Simplice had little money, so he figured he would try to teach himself English and spent many days at the local library. The results were not what he had hoped for. Still, he managed to get by and eventually secured a job working as a parking lot cashier. In 2000, he met the woman who would become his wife while visiting family in Atlanta. They moved to her home in Greenville, South Carolina and, as luck would have it, he got a job working on an assembly line at a local auto parts plant.

For the next several years, life was very good. Simplice and his wife bought a home and settled into a comfortable lifestyle. Then, came some bad news: he was being laid off. After a long and unsuccessful attempt at finding a similar job, he decided he had to go to college, but that was going to be difficult. His English was still very poor. That’s when Simplice learned about the Greenville Literacy Association, an organization that has helped adults learn how to read and write for more than 50 years.

In 2009, Simplice enrolled in the English as a Second Language program.

“He was such a hard worker,” says Greenville Literacy Program Manager Lisa Hall. “He put in long hours and once he started mastering the language, he continued coming back to help tutor other students.”

When it came time to begin his college career, Simplice chose ECPI University which made for a nice match since the University has been a longtime partner of Greenville Literacy. In fact, many of its work-study students provide ongoing tutoring and administrative support. Program Manager Cheryl Bentley says ECPI University students relate well to her clients. “First of all, they are usually older than the average college student so they bring some life experience to the table, and they are always dependable,” says Bentley.

Simplice decided to study electronics engineering technology. From the very beginning, there was something very familiar about ECPI University. He soon realized that just like Greenville Literacy, he was getting a lot of one-on-one attention from people who were determined to help him succeed.

“I really like the way ECPI University treats its students,” says Simplice. “Any time, any day, they are always ready to help.”

That respect is certainly mutual.

“Simplice is my hardest working student,” says faculty member Phil Barone. “He spends many hours going over his notes and reviewing the PowerPoint presentations. His work ethic is so good that he became a mentor to the other students. Since he was the oldest in the class, the other students looked up to him. Each day, he’s the first one here, and the last to leave.”

After two years of hard work, Simplice is completing his Associate’s degree in Electronics Engineering Technology, prepping for job interviews, and planning on a career in advanced manufacturing. Since he was only a few classes short of completing his program, he participated in this summer’s commencement. Greenville Literacy’s Lisa Hall was there to cheer him on. She says, “It was very, very heartwarming. Simplice is the kind of guy that really deserves all success that comes his way.”