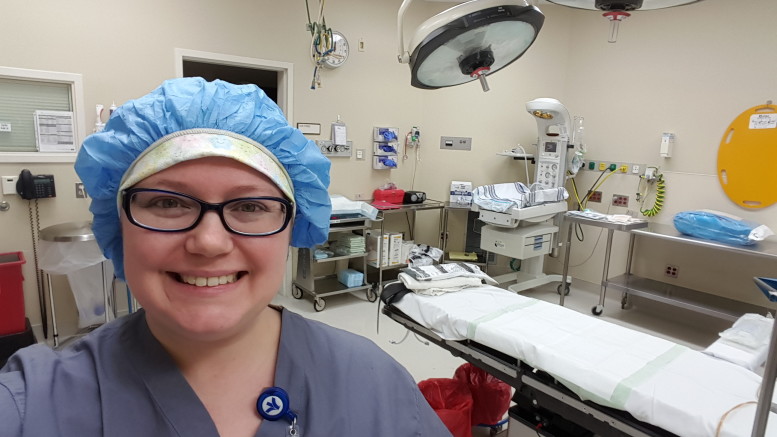 As she tells it, Tiffany Cunningham comes from a long line of preachers, teachers, and doctors. Yet, she went her own direction and spent 10 years working in the world of finance. All along the way, she felt like she was just collecting a paycheck.

“I was making really good money, but I wasn’t happy,” says Tiffany. “Toward the end, I found myself waking up in the morning trying to come up with excuses not to go to work.”

Getting laid off finally prompted Tiffany to make the big change she knew she had to make. She wanted a career in healthcare. “I wanted to feel like I was making a difference,” she says. “I’ve always been fascinated with human anatomy and the sight of blood does not bother me at all. I decided I wanted to work in either the emergency room or the operating room.”

Tiffany began doing her research. At the time, she figured nursing was her only option but soon learned about another profession, surgical technologist, or “scrub” for short. Then, she began looking at schools. “During my tour at ECPI University, I walked into the surgical laboratory and fell in love! It was an exceptional facility and the people were equally impressive.

“What really amazed me was that there was no pressure whatsoever. To the contrary, my admissions advisor really took the time to make sure I was prepared to make a commitment to my program. She even interviewed my husband to make sure I was going to get the support I needed at home to be successful.”

She had support, alright. They even moved in with other family members to cut expenses so they could afford to send her back to school.

Tiffany had been drawn to ECPI University’s accelerated, five-week terms, and it proved to be a very good fit. She excelled from day one and finished as class valedictorian. Two days after graduation, she had a job. She now works in labor and delivery at St. Francis Hospital in Richmond.

“Now when I get up, I know I am making a difference,” says Tiffany. “I get to help bring new life into the world.”

As happy endings go, this is good one. Tiffany has the job she always dreamed of and she and her husband are closing on a new house later this month.

Be the first to comment on "Pursuing Her Passion: Richmond/Moorefield Grad Became a “Scrub”"