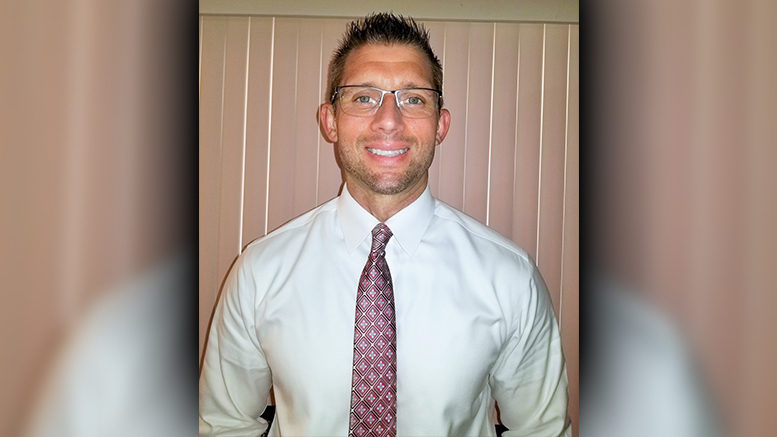 For some people, it takes time to figure out what they want to do for a living. Anthony Bonawit is one of those people. “When I got out of high school, I knew just one thing,” he says. “I wanted to get out of Northwest Ohio. There was nothing but factory jobs there, and those were going away fast.”

Anthony figured he would try community college, but after one year he decided to join the Navy. His first deployment came just eight days after the September 11 attacks. His specialty was imagery intelligence. “Basically, I would analyze spy satellite photos and look for stuff to blow up,” he says. He enjoyed the work and after four years in the service, he had arranged to do similar work for a military contractor, but as a civilian. However, just as he was getting out the Navy, that company lost its contract and he needed to find work fast.

Anthony got a job as a personal trainer and ended up spending 14 years in the fitness industry. “It really wasn’t a career,” he says. “It was a job and it meant working six days a week, each day beginning at dawn and ending around 8:00 at night.”

“It really wasn’t a career,” he says. “It was a job and it meant working six days a week, each day beginning at dawn and ending around 8:00 at night.” Click To Tweet

Anthony started getting restless. He and his wife had one child and were planning to have more. He knew that he should take advantage of his Post-9/11 GI Bill education benefits which he says were scheduled to expire in 15 months.

“One day, my wife and I were sitting in the kitchen and there was a pamphlet on the table from ECPI University,” says Anthony. “I have no idea how it got there, but I started reading it and it was all about a Career Discovery Day event being held. I figured I would go check it out.

“I had originally planned on looking at the Business Administration program, but I somehow landed up at the health sciences’ campus next door. Since I was there, I thought I would take a look.”

Anthony never made it to the other building. Instead, he found himself sitting in a classroom listening to Healthcare Administration Program Director Dr. Dawn Campbell. “She told me, ‘I’m going to make you work harder than you’ve ever worked before,’” he says. “I was thinking this lady is crazy. I’ve faced some tough situations in the military but hey, I like a challenge and I was like, cool, game on!”

There was just one problem. Those education benefits would expire before Anthony could finish the program. So, he decided to make a big challenge even bigger and took an extra-heavy class load. Under normal circumstances, that would be a fairly tall order. Anthony’s circumstances, however, were not normal. He continued to work a full-time job and over the course of the next 14 months, his wife had emergency surgery, his daughter became gravely ill and required a long hospital stay, a second child was born, and two of his dogs died.

Still, Anthony persevered and it all paid off. He is now the Administrator/CEO of Signature HealthCARE of Norfolk, a 168-bed long-term care facility and is finishing up his Master’s degree in Emergency Management and Homeland Security. And what about Dr. Campbell’s initial challenge? “I guess I would have to say that she was right,” says Anthony. “Certainly from a mental standpoint, it was indeed the hardest I have ever worked!”

Be the first to comment on "Navy Vet Accepts his Biggest Challenge: Getting to Graduation"