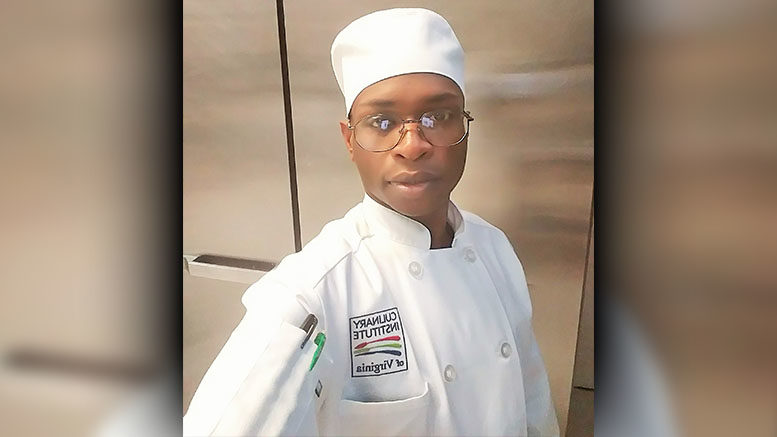 Laying in a hospital bed paralyzed, Curtis Worsley feared what the future might hold. It all happened quite literally in a flash. It was 2007, and he was driving a supply truck in Iraq when an IED blew his vehicle to pieces. One person was dead, and Curtis could not feel his legs. Doctors tried to give him hope, but in reality it was far from certain that he would ever walk again. As doctors explored the extent of his injuries, it was discovered that he also had cancer.

Curtis sank into a deep depression. After his mother administered a little tough love, he realized that he was a soldier and he knew how to fight. It took a year and a half, but he would eventually walk again. His military career, however, was over which meant a new career. But what? He could sing and was a born entertainer. He also loved photography, sewing, and cooking.

Finding a new career did not come easy. He began singing on board the Spirit of Norfolk cruise ship and even opened for some acts at the Hampton Jazz Festival. He didn’t make a lot of money, so he also got a job processing auto loans. He cooked for fun and especially enjoyed baking things for friends. All the while, he was still fighting cancer and in the coming years, would go in and out of remission.

“I did not do it alone. I had my family and friends, and the instructors at CIV were incredible. They did everything imaginable to help me stay on track while I was going through chemo. I’m getting married in August, and several of them have been… Click To Tweet

At one point, Curtis realized that it was baking that seemed to bring him the most satisfaction. That led his fiancé to suggest that he go to school and obtain some formal training. So last spring, Curtis enrolled at ECPI University’s College of Culinary Arts, Culinary Institute of Virginia (CIV), and began working toward a degree in Bakery & Pastry Arts. The timing may not have been the best, as it coincided with another round of chemotherapy, but he persevered nonetheless.

“There were times when I would check out of the hospital and go straight to class,” Curtis says, “but I was not going to give up, although I must admit that it did occasionally cross my mind. I just kept reminding myself what my mother said, that God does not give us more than we can handle. And we all know that whatever does not kill us, makes us stronger. Those may be clichés, but they are true.

“Of course, I did not do it alone. I had my family and friends, and the instructors at CIV were incredible. They did everything imaginable to help me stay on track while I was going through chemo. I’m getting married in August, and several of them have been invited to the wedding. By now, I just think of them as family.”

Now a graduate, Curtis says that his future is bright. “I plan to open my own bakery and I am confident that I will be successful. I’ve overcome so much, and I believe I can do anything I put my mind to.”

Navy Vet Accepts his Biggest Challenge: Getting to Graduation