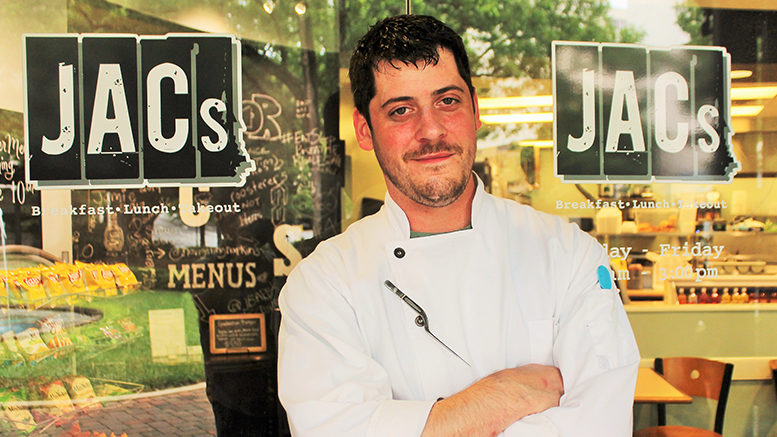 Timothy Costello took off his apron on Friday, June 21, as he had so many other days. He closed JACS, a booming breakfast and lunch destination in Greenville, and anticipated seeing fellow ECPI University students and professors within a couple of hours. That day was different though. It was graduation day.

Costello, who recently earned his degree in Cyber and Network Security, has spent the last 15 years as a chef, and his award-winning cuisine has been served to many persons of note including celebrities, professional athletes, and an American President. However, the restaurant business was never his ultimate aim.

Just like his cooking skills, technical tasks came naturally to Costello; he was essentially self-taught in the early stages, but his passion for computers was fostered by his late mother, a teacher’s aide, who would often bring home outdated equipment and watch her son spend hours taking it apart and reassembling it.

By the time Costello reached his teen years, his older brother, Jay, was in the restaurant business. Motivated to earn enough money for a car, little brother followed and worked as a bus boy until one night when there was no one else to replace an absentee cook.

“I got thrown into the kitchen. I made a lot of mistakes but developed a knack for it pretty fast,” Costello said. When the time came to consider college, his parents were divorcing, so to help with the family’s finances, Costello delayed making plans and pushed his younger brother, Joe, to enroll.

Nearly six years ago, Costello again followed brother Jay—that time from New Jersey to South Carolina where they opened JACS. Although the restaurant steadily drew downtown crowds, Costello eventually wanted a change. The biggest challenge was confidence. His mother had passed away, but his mother-in-law was there to encourage his love of technology.

“When the admissions people described the program, I could see myself doing something I loved for a living every day. Once I started, the instructors and the other students I met sealed the deal,” Click To Tweet

Once he decided to go to college, Costello said ECPI University was an obvious choice. “When the admissions people described the program, I could see myself doing something I loved for a living every day. Once I started, the instructors and the other students I met sealed the deal,” he said.

Both brothers—Jay, who will continue to operate JACS, and Joe, now a history teacher—watched as Costello received his degree with honors. Numerous friends and relatives were with his wife and one special family member, a baby girl set to officially join the Costello crew when she’s born in September.

Costello may return to the culinary world at some point to address the specific IT needs of restaurateurs. For now, he’s excited to embark on his cyber and network security career and putting the apron on… at home.