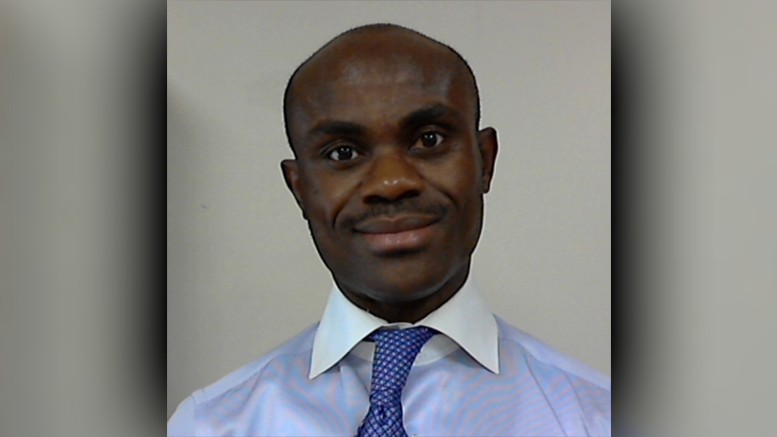 Steve Matondo says he’s one of the lucky ones. After enduring life in a refugee camp, this native of the Republic of the Congo, got out and made his way to France, then to the United States where his wife, also a Congolese refugee, was living in Greensboro, North Carolina.

When Steve arrived in the United States, he spoke no English, so he taught himself. He began working at a department store, but knew his relatively small salary would not be enough to support a family, so he decided college was the answer.

After touring a number of schools, Steve enrolled in the Cyber and Network Security program at ECPI University’s Greensboro campus. “I knew it was going to be a big risk, taking a student loan to study in an accelerated program in a new country, and also a challenge to manage between school, family, and work, but with the help of my family, friends and all my instructors, I was able to break through all that I thought would be impossible,” says Steve. “Now, I have the tools to attack my future.”

"I was able to break through all that I thought would be impossible,” says Steve. “Now, I have the tools to attack my future.” Click To Tweet

It is no overstatement to say that Steve is a go-getter. First, he earned an Associate’s, then a Bachelor’s, and now, his Master’s degree. He finishes his studies with perfect attendance, a 4.0 GPA, the President’s Award, and as Student of the Year. “Steve is an exemplary student and overall person,” says ECPI University Student Success Coordinator Scharlie Coleman. “Being a student does not stop life from happening around you. Steve has persevered through many life obstacles, all with a smile on his face. His motivation to succeed and humble nature has allowed him to chase and conquer his dreams. I am proud of Steve and all of his accomplishments!”

It is no surprise that Steve was selected as student speaker at this year’s graduation. His parents journeyed from their home in France to be there, along with many of his relatives. “My message will be to remind everyone that nothing is impossible,” he says. “It all depends on the decisions you make, the time, the availability, and the energy that you dedicate to reach your goal.”

“I wanted to be a good example to my family and friends, and to offer hope to others who feel they can’t improve their situation,” Click To Tweet

Steve is currently working as a Senior Engineer at Microsoft and hopes his story will inspire others. “I wanted to be a good example to my family and friends, and to offer hope to others who feel they can’t improve their situation,” he says. “As they say, if I can do it, anyone can do it!”

Chef Hangs Up His Apron for Cybersecurity Career

Culinary Student Defies All Odds to Earn His Degree

Be the first to comment on "African Refugee Dedicates Himself, Fulfills American Dream"