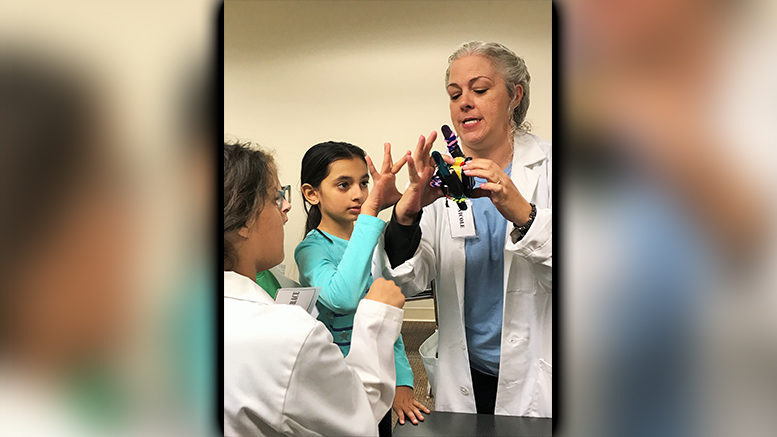 When Nicole Heisler was growing up, STEM (Science, Technology, Engineering, and Math) was not yet a commonly used acronym. While she eventually became an IT professional, she herself did not develop STEM skills until much later in life.

A stay-at-home mom, Nicole waited until her youngest child was in kindergarten before going to college. When that day came, she enrolled at ECPI University’s Greenville campus and earned a degree in Networking and IT Security. After her externship with Foundation Technologies, the company offered her a job, and she remained there for 14 years, rising to the title of general manager. During that time, she spent many years serving as a member of ECPI University’s Academic Advisory Board and accepted 24 ECPI University students for externships.

Then in 2016, she learned that her employer was going out of business. “I was devastated,” says Nicole. “That was my home for 14 years. The people I worked with were like family.” Nicole says she slipped into a funk, not sure what to do with herself. Outside of her former employer, there was only one other place where she felt similar bonds of camaraderie – her alma mater.  So, she came back to ECPI and began helping out around campus.

One day she mentioned a volunteer program she initiated at her old company. It was designed to expose children of military service members to STEM. She talked about how fulfilling it was. That’s when a faculty member told her about a relatively new program called STEM Scouts. A coed program created by the Boy Scouts of America, this program emphasizes both STEM and soft skill development.

“The moment I heard about it, I knew I had to get involved,” says Nicole. “I asked the Campus President, Karen Burgess, if ECPI would donate meeting space. She graciously agreed and we are now in our second year with 29 elementary and middle school members. We learn about everything from matter to the physics of light and mobile app development.

[Tweet ““There’s a sense of delight you get from helping a young mind grasp an idea or concept and they do something that they never thought they could do.” ~ Nicole Heisler, Networking and IT Security – Greenville Campus”]

“We also teach the kids how to keep a journal of their work, speak before a group, and take an idea from concept to development. We want them to be technically skilled, but we also want them to begin thinking like professionals who can manage their time and resources. Essentially, we’re in the business of producing good citizens.”

While Nicole did find another full-time job, she says STEM Scouts gives her real purpose. “When the kids walk into the room, it’s like a switch goes on,” she says. “There’s a sense of delight you get from helping a young mind grasp an idea or concept and they do something that they never thought they could do. They’re learning how to overcome obstacles and that’s an incredibly important thing for them to learn.”