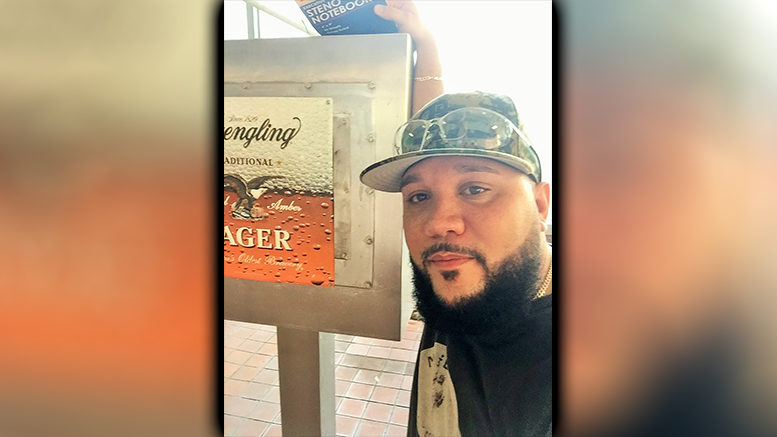 Avionics Tech Indulges Passion for Beer and IT

Tito Molinary has many fine qualities. Perhaps his best is an ability to deal with the unexpected. After high school, Tito mapped out a fairly predictable, but rewarding career. He joined the Navy and became an Aviation Electronics Tech. He enjoyed the military and figured he would serve at least 20 years. Seventeen years in, a cancer diagnosis changed those plans. The good news: Tito is now a cancer survivor. The bad news: he was medically-retired by the Navy.

[Tweet “Rather than feeling sorry for himself, Tito decided to chart a bold course.”]

Rather than feeling sorry for himself, Tito decided to chart a bold course. He traveled to Florida where he completed a certificate program in fermentation science at the University of South Florida. He then returned to Virginia Beach and began part-time consulting with several local breweries. For now, it’s more of a side job/hobby. To pay the bills, Tito has been using his Navy training, working for a defense contractor at Oceana Naval Air Station.

Tito says he enjoyed the work, but his growth – and pay – had been limited because he needed additional IT skills. That’s why he came to ECPI University. Through the Professional Development Center, he was able to take classes and earn a certificate in Helpdesk Administration and Management that helped prepare him to take certification tests for the CompTIA A+, Network+, and Security+.

[Tweet ““My experience with ECPI University was excellent,” says Tito.”]

“My experience with ECPI University was excellent,” says Tito. “My instructors were so helpful and super intelligent. As a result, I was able to earn a promotion and increase my salary by roughly 50 percent!”

Eventually, Tito says he would like to start his own microbrewery, and since much of today’s advanced brewing equipment involves computer controls and programming, he’ll be able to indulge both of his passions at the same time. “I’m very, very comfortable for the first time in many, many years, and ECPI University played a big part in that.”