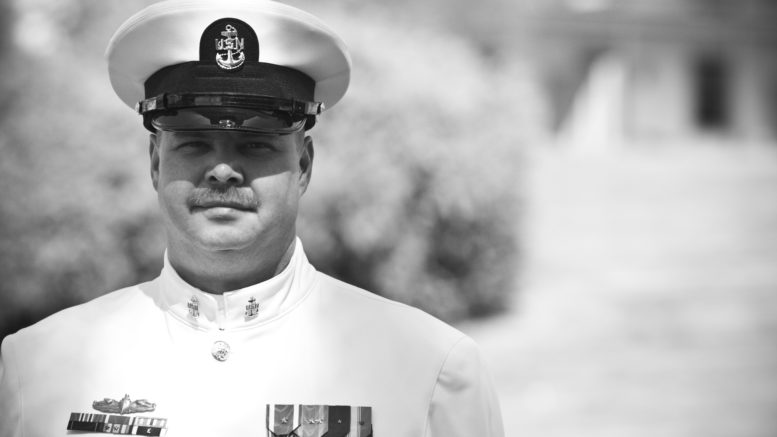 For William Moreau, the military was a perfect fit. He joined the Navy because he wanted to see the world. Being goal oriented, he skillfully navigated the advancement process and rose to the rank of Chief Petty Officer. When it came time to retire, he planned to do just that – retire. It didn’t take long for him to realize that he was not very good at doing nothing.

[Tweet ““I felt like I was missing out on life,” says William. “My whole world seemed to be confined to my home.””]

“I felt like I was missing out on life,” says William. “My whole world seemed to be confined to my home.” Before he retired, William considered going back to college. He had tried it once nearly 20 years before, but working fulltime and caring for his family made the load too heavy to bear. Then one day, William ran into a former shipmate who retired about the same time he did. “I couldn’t believe it,” says William. “He had already earned a bachelor’s degree, and did it in just two and a half years! I asked him how he did it so fast and he told me about ECPI University.”

That chance encounter was all it took. William toured the Virginia Beach campus on a Wednesday and by Monday, he was sitting in a classroom. He had a whole new set of goals – earn his Bachelor’s degree in Network Security, then a Master’s, and top it off with a good job.

[Tweet “He had a whole new set of goals – earn his Bachelor’s degree in Network Security, then a Master’s, and top it off with a good job.”]

Although highly motivated, William admits he was a bit apprehensive at first. That feeling, however, quickly disappeared. “I hadn’t been in a classroom in many years, but it seems like whenever I had any difficulty at all, there was always someone right there to help me work through it,” he says. “I’ve got to mention one person in particular, Mr. Blow. Every Saturday, he would hold tutoring sessions from 8 am until 1 pm. One day, I came in with a classmate because we were having trouble wrapping our heads around a concept. He stayed with us until 5 pm helping us get it right. That’s awesome.”

William has now reached all three of his goals, having earned his Master of Science Degree in Cyber Security with a concentration in Cyber Operations, and he was just promoted by the company that first hired him out of school. He credits ECPI University’s military-friendly environment for helping him make the transition to civilian life. “There are so many faculty members who are vets, and just about everyone I dealt with just seemed to ‘get it.’ They really seemed to know just what I needed and when I needed it.”

ECPI University Faculty are Making their Mark in the World

Be the first to comment on "Navy Vet Says No To Retirement, Heads Back to School"