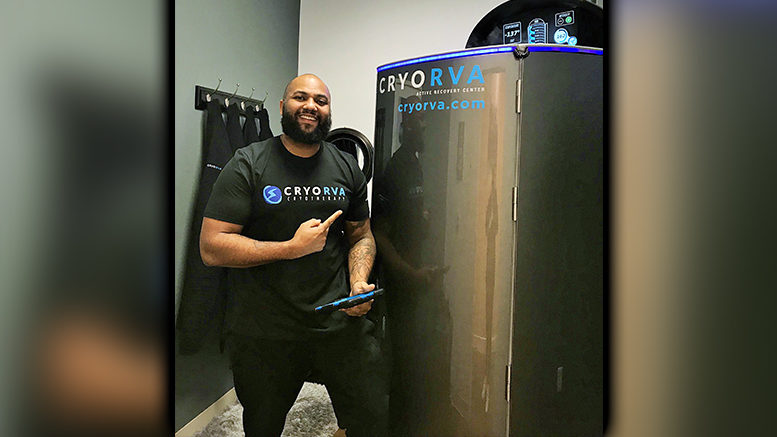 Fifteen years after graduating from college, Duane Fowlkes decided to take a hard look at his life. He had studied music and had been writing and performing ever since. “I was tired of the ups and downs of the music business,” he says. “I wanted to take fate into my own hands.”

Duane’s wife is a nurse and he had always found healthcare interesting. He did his research and determined that physical therapy assisting (PTA) best suited his personality. “I enjoy interacting with people,” he says. “You really have an opportunity to create a bond with your patients. They need to trust you because oftentimes you’re asking them to do something that takes them out of their comfort zone.”

Duane has certainly become an expert at that. As he sees it, personal and professional growth begins when someone gets comfortable with being a little uncomfortable. “The PTA program at ECPI University was fantastic, but it was tough,” he says. “Still, I wouldn’t change it for anything. This was a major career change and I needed to be thoroughly prepared.” He was. Following graduation, Duane had four job offers before he had even completed his board exams.

[Tweet ““You really have an opportunity to create a bond with your patients. They need to trust you because oftentimes you’re asking them to do something that takes them out of their comfort zone.””]

For the first several years, Duane worked in assisted care facilities. Last year, he decided to switch to home health. Yet, as much as he has enjoyed his new profession, Duane had always liked the idea of being his own boss. One night, he saw a photo on Instagram of boxer Floyd Mayweather using a cryotherapy chamber. He had heard of this sort of thing before and knew it was becoming popular among professional athletes.

“Cryotherapy uses liquid nitrogen to reduce inflammation,” says Duane. “It alleviates muscle and joint pain and can cut recovery time by up to two-thirds.” After spending about a year researching the treatment, Duane and his business partners opened Richmond’s first Cryotherapy center. CryoRVA. It’s now been one year since they first opened their doors and Duane says business has been very good.

[Tweet ““It was there that I learned anything is possible as long as I believe in myself and never give up.” ~ Duane Fowlkes, Physical Therapy Assistant Graduate – Richmond/Emerywood Campus”]

“For us, it’s all about educating the community,” Duane says. “We spend a lot of time talking with trainers, people at local gyms, along with athletic departments at some of the Richmond-area universities. We’ve even had about a dozen NFL football players come see us. We are finding that a lot of sports teams are beginning to phase out ice baths and replace them with cryotherapy.”

When he’s not working at CryoRVA, Duane continues his work as a home health PTA, though he hopes to make his business a full-time pursuit in the not-too-distant future. He says he relies on what he learned at ECPI University every single day. “It was there that I learned anything is possible as long as I believe in myself and never give up.”

Navy Vet Continues Education by Brewing up a Successful Career