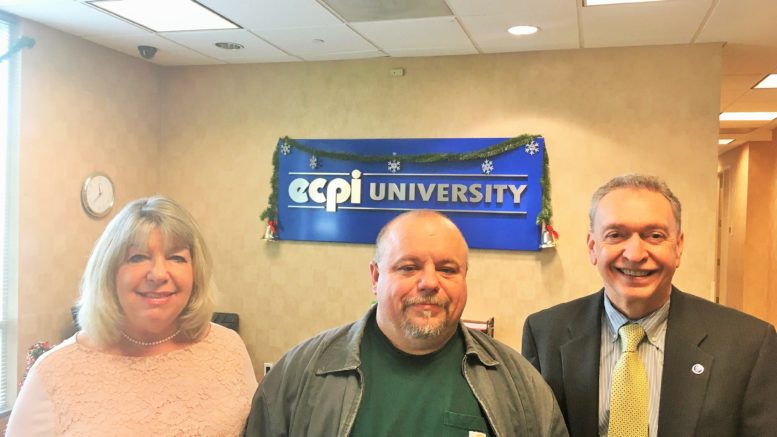 John Williams has spent the past 25 years working in the electrical field. He has a North Carolina State Electrical Contracting License, but no college degree. For the most part, his career has been fulfilling, but a few years back he realized he had gone as far as he could go. That’s when this Army veteran started thinking about college. “I wasn’t getting any younger, so I figured it was pretty much now or never,” he says.

[Tweet ““I wasn’t getting any younger, so I figured it was pretty much now or never,” he says.”]

John did not want to change professions. He just wanted to move up. So, a degree in Electronics Engineering Technology made the most sense. He started looking at several nearby schools and determined that ECPI University’s Raleigh campus was the best fit. “I’m in a hands-on profession, so a hands-on learning environment was the only one for me,” says John. “However, I would have to say the biggest reason I chose ECPI was because of its reputation working with veterans.”

For faculty and staff, working with veterans is a labor of love. And while veterans do receive a lot of support, they give a lot back. “Veterans like John bring life experiences and levels of maturity to our campus,” says Campus Director of Student Affairs Gloria Hicks. “They are excellent role models for our students to follow.”

With a family to support, John could not quit his job to go to school. He knew juggling all his responsibilities would be intense, but says that at his age, he could also not afford to waste precious time. “I was really attracted to ECPI’s accelerated pace, but I have to admit that there were a few times I wondered just what I had gotten myself into, especially in the beginning as I adjusted to the demands of a school and work schedule,” he says. “My wife, Christy, was basically a single parent for three years and seventy-one days while I was a student. She has been a trooper through all of this and has been my ‘rock’ and helped me stay focused.

[Tweet ““I have met many very interesting people on this journey and I have learned much more than I ever thought I would from them.”]

“I have met many very interesting people on this journey and I have learned much more than I ever thought I would from them. I have also learned more about myself and how much I could accomplish. I graduated with a 3.49 GPA, and take great pride in the fact that I could accomplish this while continuing to live up to my other roles and obligations, as a father, husband, and provider.”

For John and his family, a new journey has just begun. They recently moved to Dallas where he has accepted a position with Texas Instruments. “One of my biggest worries when I started school was that I would be competing for jobs against individuals half my age,” he says. “Texas Instruments has shown me that abilities and a positive attitude still count for something. A former project manager I knew would always say, ‘attitude begets ability’ and I have to say I agree with him.”