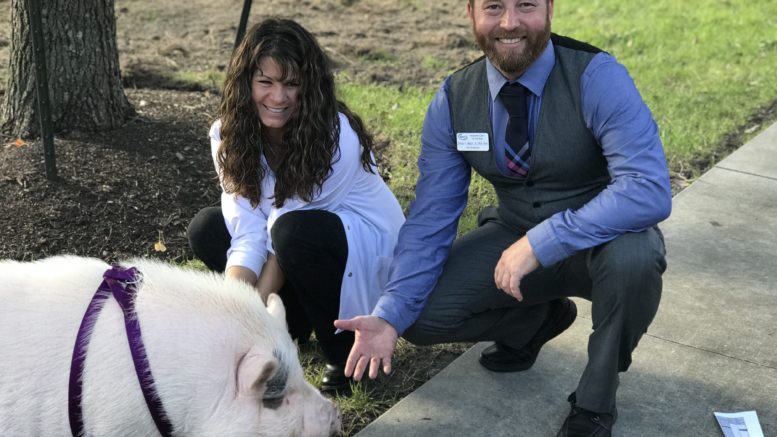 When Steven Wilson was fighting the war on terror, he could not have imagined the life he has now. He enlisted in the Army right out of high school, took a break to earn his bachelor’s degree in history, and then returned as an officer working in Airborne Special Operations.

After a traumatic brain injury (TBI) suffered in combat, Steven’s military career came to an abrupt end. As a veteran with a history degree, he could not find a job. He signed on with Sentara Healthcare, taking classes through its health science college, and began work as a nursing care partner. He enjoyed the work, but wanted greater responsibility.

[Tweet “He enjoyed the work, but wanted greater responsibility.”]

Steven began researching degree programs and subsequently met Dr. Dawn Campbell, the Healthcare Administration Program Director at ECPI University’s Virginia Beach campus. “Dr. Campbell really took the time to get to know me,” says Steven. “She showed me how my experience as an Army officer – coaching, mentoring, and managing people and equipment – could support a career in healthcare administration.”

Steven enrolled, and earned his degree in just 17 months. “The level of professionalism at ECPI University is incredible,” says Steven. “You can tell that the faculty truly care and will do everything possible to help you succeed. Take Dr. Campbell, for instance. She has a master’s degree in psychology and was able to use her expertise to help me deal with some of the lingering learning issues related to my TBI. Also, between the onsite visits and my externship, I got a lot of exposure to the work environment. So when I graduated, there were no real surprises.”

[Tweet ““The level of professionalism at ECPI University is incredible,” says Steven.”]

After earning his degree, Steven passed the National Association of Long-term Care Administrator Board licensed nursing home administrator (LNHA) exam and was hired by Saber Healthcare Group to take over a newly-acquired facility in Norfolk. He certainly had his work cut out for him. When he arrived, that facility was rated at just one star and morale was low.

Steven got right to work. He established new management practices, replaced people when warranted, and rewarded top performers. In less than a year, his facility earned a four-star rating. He’s also hired five nursing graduates from ECPI University. “When you hire an ECPI grad, you know what you’re getting,” he says. “When you go to school there, you’re surrounded by good people. There’s a culture at ECPI University based on always trying to become better at what you do. That’s the kind of people I want on my team.”