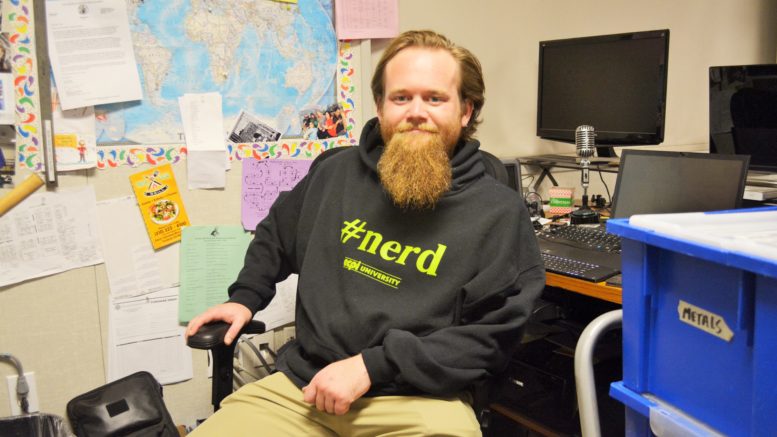 Timing is everything. Just ask Spencer Rogers. After graduating from high school, he went off to the University of California, Santa Cruz to study astrophysics. “I’ve always been good at math and science, but my grades were less than stellar,” he says. “I stuck it out for a few years, but I just wasn’t ready for college.” Then, one of his closest friends died. That settled it. He left school.

[Tweet ““I’ve always been good at math and science, but my grades were less than stellar,” he says.”]

Spencer bought an old boat and began restoring it with the idea of sailing around the world. When his money ran out, however, he began considering other options. He learned about an innovative learning community in San Pedro, California that houses two schools, Rolling Hills Preparatory School and the Renaissance School for Arts & Sciences – one for college prep, the other for intellectually capable students who have yet to realize their full potential. He could relate to that, having struggled with ADD and dyslexia himself.

Spencer began work as a tutor and found it especially rewarding. He wanted to secure a long-term teaching position, but since he had not yet earned a bachelor’s degree, he was ineligible. The headmaster encouraged him to go back to school. “I wanted to keep working, so online education was my only choice,” he says. “I started researching schools and came across ECPI University’s Electronics Engineering Technology program and knew that was definitely for me. I’ve always loved electronics. I even made my own computer when I was in college the first time.

[Tweet “I’ve always loved electronics. I even made my own computer when I was in college the first time.”]

“I also liked the accelerated pace. I had no time to waste, so I got busy right away. It was a great experience. I always felt like my professors truly cared about me. If I fell behind on a project, you can be sure I would get a call from them to see if they could do anything to help.”

Just as Spencer was wrapping up his program, Rolling Hills and Renaissance administrators offered him the opportunity to become director of the STEAM (science, technology, engineering, arts, and math) program. He accepted and has enjoyed every day since. As Spencer puts it, “I know I am making a difference. I am living my dream.”