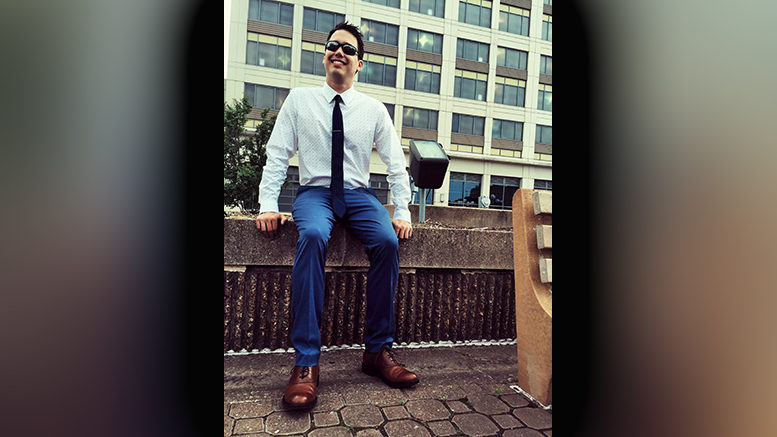 When Phillip Stratton graduated from high school, he took what he thought was the next logical step. He went to college, but soon realized he was not ready. For the next few years, he moved about from job to job until he happened upon an opportunity helping people with special needs. With a strong aptitude for computers, he had already taught himself what he needed to work as an assistive technology specialist. “I really enjoyed the work,” says Phillip, “but the pay was pretty low and I realized the only way I could make the money I was looking for was by going back to school.”

A friend had graduated from ECPI University and suggested that Phillip visit the Virginia Beach campus. He was immediately drawn to the accelerated pace, and by taking classes year-round – and occasionally doubling up on courses – he was able to earn his Bachelor’s degree in Cyber and Network Security in just 2 years, 3 months. “It was an awesome experience,” says Phillip. “I worked during the day and took classes at night.

[Tweet ““It was an awesome experience,” says Phillip. “I worked during the day and took classes at night.”]

“Many of my teachers were on the same schedule. They worked in cybersecurity during the day and came to class at night, often with fresh examples of the very things they were there to teach. Some of them could be very demanding and it was a little hard to get used to at first, but those same teachers landed up being my favorites. I realized they were just trying to help me reach my full potential.”

Phillip says he soaked up every bit of knowledge he could, but the smartest thing he ever did was earning professional certifications while still in school. “ECPI University makes it so accessible,” he says. “The student vouchers ECPI provides make what would otherwise be an expensive process very affordable. Also, being able to take the exams on campus makes it really convenient.”

Before he graduated, Phillip had already earned his Security+ and Certified Ethical Hacker certifications. Soon after, one of his teachers told the class about a job opening with the Navy Cyber Defense Operations Command. Phillip immediately contacted ECPI University Career Service Advisor Pat Mirani to polish his resume and prepare a cover letter. “During my first interview, most of the questions were about the exact things I had just learned in one of my classes,” he says. “It was such a great feeling being able to answer each one with total confidence!”

[Tweet “Before he graduated, Phillip had already earned his Security+ and Certified Ethical Hacker certifications.”]

Phillip got the job and is now working as a network forensic analyst. Since graduation, he has earned three more professional certifications, including his most recent, the GCIA from the SANS Institute which certifies him as being among the most highly-skilled professionals at intrusion detection analysis.

“ECPI University has made all the difference,” says Phillip. “Career wise, I was totally stuck. My education allowed me to land my dream job and double my income. I look forward to going to work every day, and I am constantly learning and now get to do the coolest stuff in the world!”

Technology can come at a High Cost for Multitasking Students

ECPI University Students Reaching Out in the Community