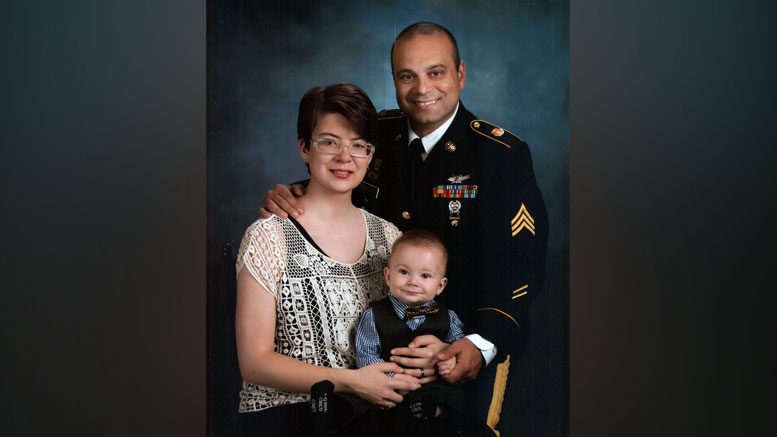 Theodosis “Sakis” Efthimiadis’ is an immigration success story of sorts. The fact is, he’s not really an immigrant. He was born in New York City but was sent back to be raised by family in Greece. While Sakis says he received a very good education, there was little opportunity for college.

Sakis did, however, possess a natural aptitude for computers. So much so, he was able to teach himself, and secured a series of good jobs in the IT field. Then, the Greek economy came crashing down.

“We kept on working, often without being paid for long periods of time,” he says. “At one point, we went eight months without pay and had to survive off canned beans.”

Being born in America, Sakis had dual-citizenship so he decided to leave Greece and return to New York. Speaking very little English, the transition was difficult at first, but Sakis persisted and became fluent. He also decided to join the Army. With his background in computers, he was selected to be an IT Specialist and served in South Korea, and then Hawaii.

During this time, Sakis began thinking about life after the military and a friend on base recommended ECPI University’s online degree programs. Sakis enrolled in the online network security degree program and became actively engaged in the learning environment.

“I really liked the interaction,” he says. “During our online forums, we would really dig into some big issues and debate each point. I even created some videos that my professors are still using as teaching tools which is very flattering!”

With a bachelor’s degree under his belt and a 4.0 GPA, Sakis began looking for work. The search did not last long. He applied for and was soon offered a position as an Automation Operations Coordinator with the Library of Congress in Washington, DC.

All of this happened in a relatively short period of time, and that’s just the way Sakis likes it. “I really enjoyed the fast tempo at ECPI University, especially the five-week terms,” he says. “If you’re dedicated, you can get your career started faster at ECPI University.”

Our Founder, Alfred Dreyfus: A Man with a Vision for Career Education