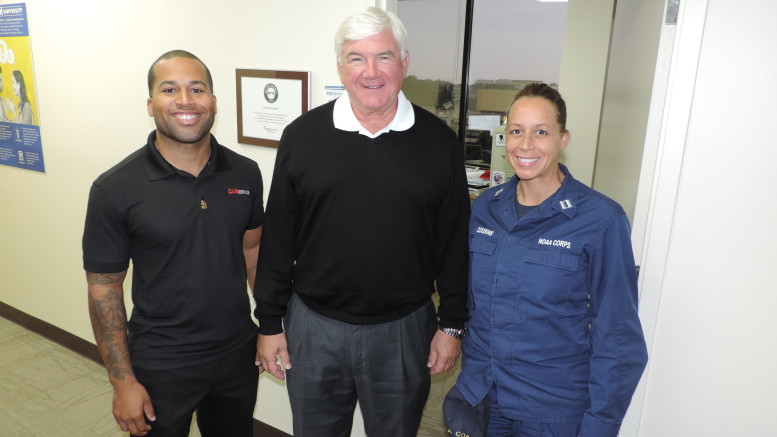 Most people who enter the military know they are giving up a lot of control. They understand that someone higher up usually determines what they do and when they do it. For Anthony Cousins, that was just fine but after 14 years in the Navy, he was ready to start calling his own shots.

[Tweet “After 14 years in the Navy, Anthony was ready to start calling his own shots.”]

As a Chief Petty Officer, Anthony had worked with electronics and wanted to continue that work in the private sector, but he knew he needed a college degree in order to do so. He quickly determined that he wanted the kind of flexible scheduling that only online education could provide. Even more important, he did not want to spend four years in college.

ECPI University was just what he had been looking for.

“Being able to go to school year-round and earn my bachelor’s in 2.5 years was ideal, and when I got a look at the simulation software at the online campus…I was impressed,” he says. “Whenever I would work on a project, I could visualize being in an actual work setting; it was easily the most enjoyable part of my program.”

Anthony liked the convenience online classes offered, but wondered about accessibility to faculty and staff.“The support and level of interaction I experienced was tremendous,” he says. “Whether it was through email, phone, text or the online learning platform, I always felt very connected.”

Anthony earned his Bachelor of Science Degree in Electronics Engineering Technology in July of 2014, just as he was about to leave the Navy, but he wasn’t ready to go straight to work. “My wife was about to give birth and I decided that after being on deployment all those years, it was time to stay home and be a dad,” he says.

Over the next year, his career services advisor stayed in touch and when she called about a job opportunity in Florida, he decided the time was right.

“It was an amazing experience,” says Anthony. “I applied for the position; got a call the next day for an interview, and within two weeks, I was offered the job!”

Anthony now works as a field service technician for CaptiveAire, a leading manufacturer of commercial ventilation equipment. What he likes most is that he’s allowed to set his own schedule, something he could never do in the military. Recently, he took a couple days off and traveled to the Virginia Beach campus to participate in a panel discussion set up by the Career Services Department.

“My career service advisor was so responsive and caring,” says Anthony. “I was never off her radar which is why I wanted to come back and share my experience. ECPI University was very good to me and I wanted to give something back. I want everyone to have the same experience I did.”