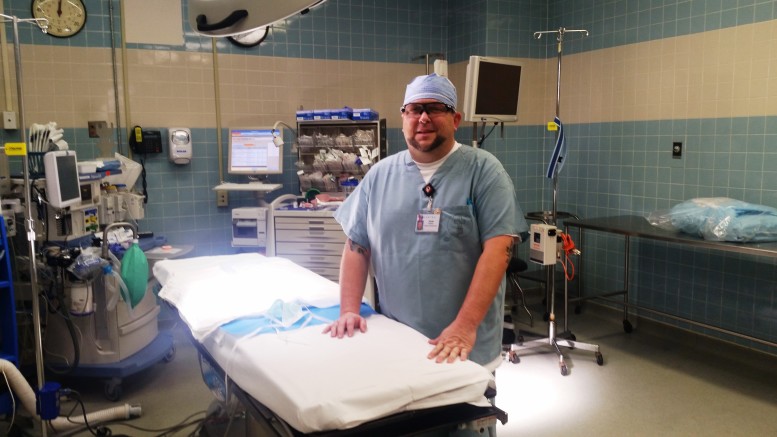 When Kevin Hagaman was 14 years old, he was diagnosed with Leukemia. After two years of chemotherapy, he went into remission. Unfortunately, one of the drugs used to treat him damaged his heart. Eventually, that damage would take its toll and at age 25 Kevin was experiencing frequent exhaustion. By age 30, heart failure. Only one option remained. He needed a new heart.

Just weeks after being placed on the transplant list, Kevin was hospitalized and doctors were preparing to give him an artificial heart since no donor heart was available. Just as he was being prepared for surgery, a donor match was found.

“It was a miracle. I could not believe how quickly my life changed. After five months, I was out playing touch football!”

At that point, Kevin had spent half his life in and out of hospitals, dealing with doctors, nurses, and a variety of other healthcare professionals; and it got him thinking about his purpose in life, how he wanted to honor the gift he had just received.

“I wanted a chance to be on the other side of things. I had been a professional patient and decided it was time for me to switch roles. Because of my experiences, I knew I could relate to patients and give them the care and compassion they needed.”

Kevin started by taking prerequisite classes at a nearby community college but felt his studies were not moving along fast enough. He began researching other options and learned about the accelerated programs offered at ECPI University. When he discovered the surgical technology program, something clicked.

“I thought this was a chance to stand beside the operating table instead of being on it!”

Kevin enrolled at the Richmond/Moorefield campus and knew immediately he had made the right decision. “The classes were direct and to the point,” he says. “You go in, get your work done. Going to school year-round, taking two classes every five weeks…it keeps you really focused. There was always this feeling that graduation was just around the corner. I left feeling very prepared. ”

Even before Kevin graduated, he got his first job offer. He’s now a surgical technologist with Centra Southside Community Hospital. Asked to sum up his ECPI University experience, Kevin simply says, “It was just awesome.”

[Tweet “Asked to sum up his ECPI University experience, Kevin simply says, “It was just awesome.””]