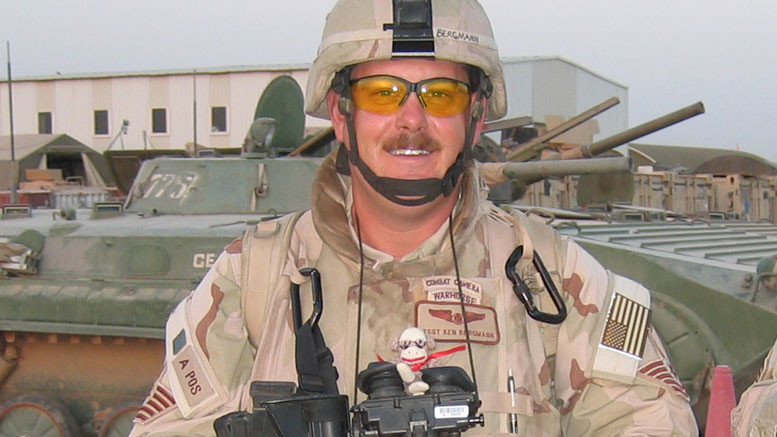 Ken Bergmann graduated from ECPI University’s Charleston campus in 2013 with two Bachelor of Science degrees in Computer and Information Science, one in Network Security, the other in Cloud Computing. He spent 22 years in the U.S. Air Force, serving in multiple combat and combat support operations. He currently works at Boeing as a Computer Architect.

Tell us about your military career.

I was an Aerial Combat Photojournalist for 22 years. I traveled to 82 different countries and completed 15 deployments in that time, nine to Bosnia, four in Africa, and two tours in Iraq. My job was to document combat operations of not only Air Force but other branches of the military. I probably spent more time with the US Army than the Air Force.

When did you first become interested in computer systems?

The switch from film photography to digital is the main reason I became interested in IT work. I had to learn how to be my own “IT Guy” and learn how to fix my own computer and eventually create my own small peer-to-peer network to facilitate the transmission of our imagery via networks, phone lines or satellite transmission systems.

With all the deployments and travel, I didn’t have time for school. ECPI University offered an accelerated time frame that I was used to so it was a natural fit for me after leaving the service. The security aspect was attractive to me as security is a career in demand and I knew it would lead to a job when I graduated. I also found cloud computing very interesting and I wanted to learn more.

[Tweet “With all the deployments and travel, I didn’t have time for school.”]

What did you enjoy most at ECPI University?

My ECPI experience was outstanding. The quality of the faculty was key in that they made sure they really drilled down and focused on EXACTLY what we needed to learn, and since they were also working in the industry, they were able to make sure we were also learning what was current and pertinent in the field. It really helped me to have a degree AND some actual real and current knowledge which I believe helped me get my current job at Boeing.

[Tweet “The quality of the faculty was key in that they made sure they really drilled down and focused on EXACTLY what we needed to learn.”]

What do you enjoy most about your job?

It’s the team atmosphere. Here at Boeing, we are a One Team concept. We are ALL focused on the fact that we build jets. Whether it is turning wrenches on the factory floor or ensuring the applications needed to build jets are available and current, we all work towards the goal of building jets and making the company more successful.

Building and Perfecting Your Personal Brand