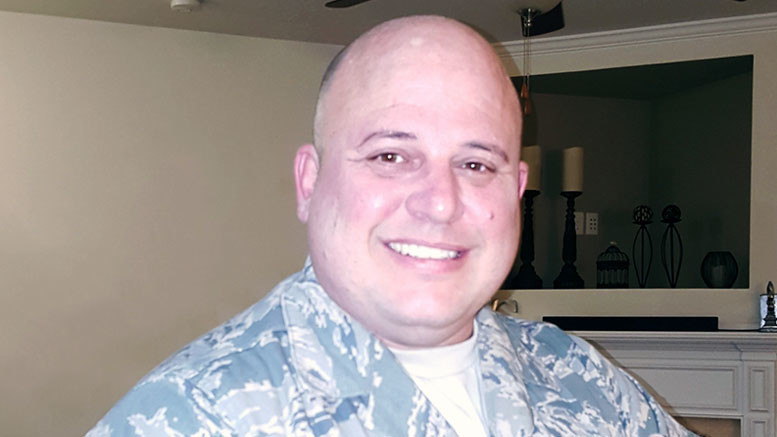 From the moment Jon Cammarata enlisted in the Air Force, he was determined to pursue a path of excellence. An aircraft mechanic – and later maintenance production supervisor – he was always seeking to challenge himself. When he was sent to Airmen Leadership School, he received the Student Leadership Award and graduated in the top five percent of his class. When he attended the Non-Commissioned Officer Academy, he once again ranked in the top five percent academically.

[Tweet “After 12 years of service, the attacks of September 11 became a call to action.”]

After 12 years of service, Jon was ready for a change and returned to civilian life. Shortly after, however, the attacks of September 11 became a call to action. “I knew I had to return and do my part,” says Jon. In 2014, he decided he had done his duty and once again returned to civilian life, although he still needed to figure out what he wanted to do.

“I’m one of those people who like to know how things work, so when I discovered ECPI University’s mechatronics program, I knew it was just what I was looking for,” he says. “It’s been great. I’m learning about electronics, mechanical engineering, and computers…all the things I enjoy most!”

Jon has nearly completed his associate’s degree and plans to continue on with his bachelor’s.

“I have been very happy here at ECPI University,” he says. “The faculty is extremely knowledgeable and all of them have worked extensively in their field.

Jon is a prime example of how student veterans enhance the campus experience for every student at ECPI University. Like any great leader, he makes everyone around him better. “Jon is a serious, dedicated student with a personable spirit and strong critical thinking skills,” says Charlotte Campus Career Services Advisor Theresa Edwards. “He builds teams around himself and leads them to be greater than they could apart.”

Jon currently serves as secretary of his Student Veterans of America chapter, and since he maintains a 4.0 GPA, he is also a member of Phi Theta Kappa Honor Society. Once he completes his studies, he plans to return to aeronautics. As for a long-term goal, it’s what you might expect from someone who’s always looking for a challenge.

Jon says, “I want to be part of creating something that makes the world a better place to live.”

Be the first to comment on "Air Force Vet, Mechatronics Major Brings Leadership Talents to Charlotte"