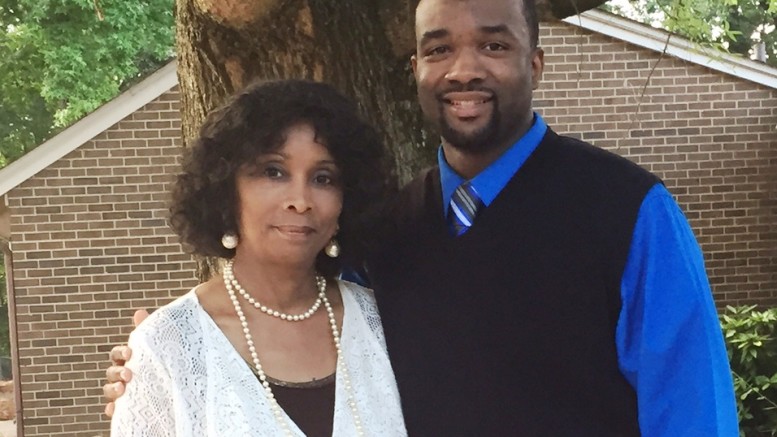 Curtis Hampton and his mother, Jeannette Curtis Hampton and his mother, Jeannette

I am writing about my son, Curtis Hampton, and how his experience at ECPI University has impacted his life so dramatically. I would like to share a portion of his story with you to inspire other students.

Curtis struggled through school because he discovered early in his school life that he was considered to be dyslexic and could not learn the traditional way that was taught in the classroom so not to expect him to matriculate in a career field that would require higher education if he got through high school.

However, my husband and I believed that our son had the ability to learn, but we just had to find out how to teach him in a way that he could understand because he had a sincere desire to learn and was very diligent to do whatever he had to do. Curtis did graduate from high school on time after being home schooled for one year and going to after-school tutoring almost every day to learn what he could not comprehend in the classroom.

After graduation, I suggested that he consider ECPI University but he did not have the confidence at that time so he took hourly labor jobs to earn money and was very diligent to work hard with the hope of some type of on-the-job training program. He realized after a few years that he didn’t want to do what he saw others doing who had given up dreams and retired never realizing their potential so he decided to take a look at what ECPI could offer and gave IT a try in Network Security because he had a real interest in that field. It was very difficult because he kept his third shift job while attending school so there was little time to study but he had lots of encouragement from school advisors and other adult students.

Curtis graduated from ECPI on June 19, 2009, the happiest day of his life which also happened to be the day of his parents’ 38th wedding anniversary. What a gift! Curtis went to Gilbarco for an externship a few weeks after graduation, did great, gained wonderful experience, and confidence and went on to interview with Allen Tate Realty and was their IT Technician for two years for 12 locations in North Carolina. That success lead him to apply with Merz Pharmaceuticals to learn new things and expand his knowledge; he landed the job four years ago and has remained with them, being promoted from IT technician to Lead IT Analyst, traveling the country training, attending conferences, and involved in all phases of IT support.

Curtis was recently offered an opportunity to go to Raleigh to set up a new state-of-the art Merz facility which has given him the opportunity to set up his own IT team of tech support where he can oversee training and network security nationally.

He closed on his first home yesterday in Raleigh and so he is always excited about reaching back to encourage others that anything is possible if there is hope, belief, and hard work. Curtis will be 29 on April 28 and he is looking forward to a great future and encouraging others to attend ECPI. Thank you to all who helped him! A long way for a little boy who was told that he couldn’t learn!

Be the first to comment on "Greensboro Network Security Graduate’s Road to Success: A Letter from a Grateful Mother"