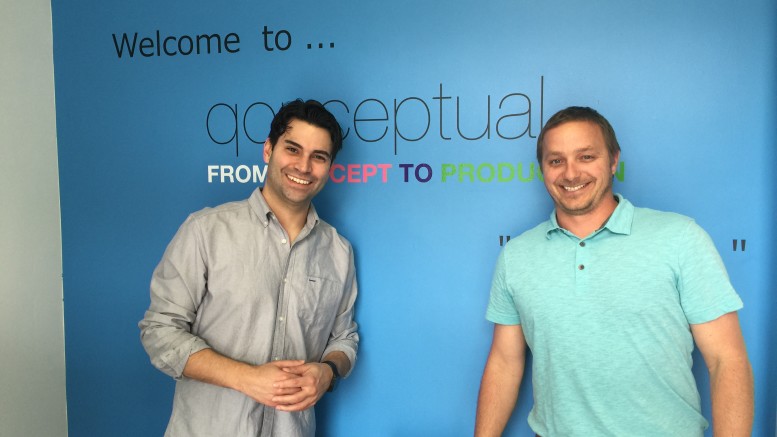 Long before he graduated this summer, Scott Courtney had already started his career as a Software Quality Assurance Analyst at a Charleston-area high-growth startup software company, Qonceptual. The fact is, his journey to become a full-stack developer all but sealed the deal with Chief Innovation Officer, Dayel Ostraco – sight unseen.

Scott had been successful in another field but still felt like something was missing. A father at a young age, he had never gotten the opportunity to earn a college degree. While taking a course at a local technical college, he was introduced to a local leader in the software community, took a tour of the company, and at that moment knew software development would become his chosen career path.

That person told him that if he was serious, he needed to check out ECPI University’s Software Development program. Scott was on campus the very next day, dropped the course he was taking at a community college, and enrolled for the next term.

After two years of working and going to school – both full-time – he arrived at the moment for which he’d been waiting. Actively partnering with his career advisor, he interviewed at the company that inspired it all. However, since he did not yet have his degree (a requisite for their position), he left disappointed.

His advisor, however, had an idea. The former director of software engineering at that company had left to co-create his own successful software company, Dayel Ostraco at Qonceptual. The rest is history. Qonceptual was so moved by Scott’s hard work, long hours, and missed time at home, that they actually sent him on an all-day adventure with his son before he started his job. Now, this recent graduate has both a career and an employer that truly appreciates his intellect and sense of duty.