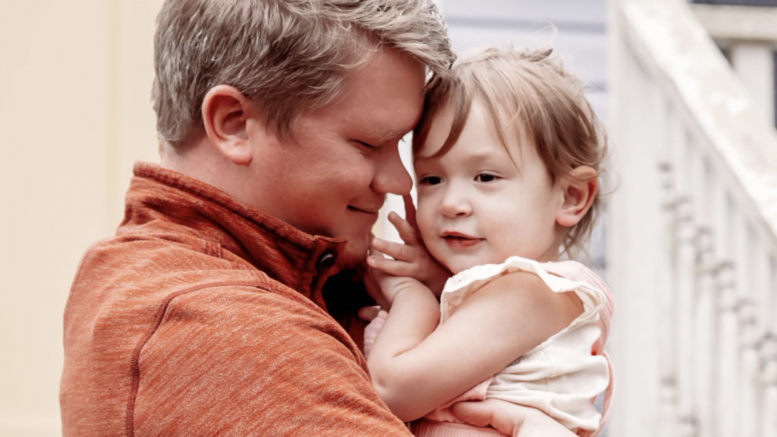 It all started because Zack Boutchyard was unhappy with his job.

As an alarm technician, Zack felt he had very little room for moving up the ladder. Looking at his future, he knew something needed to change, because he was going to be a father soon.

It was on a camping trip, when he finally had some downtime to think, that Zack decided it was time to get motivated. At first he just began rapid-fire applying for jobs, but when that didn’t work, he realized going back to school would give him the most options for his future.

“I’ve always been interested in software, so that’s what I started looking into. I wanted a school that was good for that. I really liked the idea of developing and maintaining software, and that’s what I told my advisor at ECPI when we first met,” says Zack.

So the Asheboro, North Carolina resident enrolled at ECPI University online to study for his bachelor’s degree in June 2019. “At the time, I was working full time, going to classes when I wasn’t at work, and then doing schoolwork all weekend. And our daughter Kennedy was a new baby!”

Zack knew he was on the right track when he found himself really enjoying his classes. “My favorite was a mobile app development class with Time Alexander. In that class, things just clicked and everything I was studying just started to stick with me. I really began to see how you can look at things in so many different angles.”

Just a few months from graduation, COVID caused layoffs at Zack’s company. He was one of them.

“It was a struggle at times to lose my job. We had to cut corners where we could. And I knew I had to work hard at these final few classes at school, and not give up,” said Zack.

Today Zack holds a BS in Software Development from ECPI University. He’s already found a new job, this time in his field, as an Associate Software Engineer at Fidelity Investments in Durham. “They found me on LinkedIn once I updated that I’d graduated and was now a software developer, and they reached out to me!”

Zack inspired his older brother, Brandon, to go back to school, and he is studying to be a software developer at ECPI University Online as well. “He will probably graduate in about two years, since he has to do annual training in the National Guard,” said Zack. Not to be left out, their youngest Boutchyard brother is thinking about following in their footsteps as well.

Taking just one step towards a new future, and Zack’s taking his family with him.

Be the first to comment on "When Zack Needed a Change, He Made It"