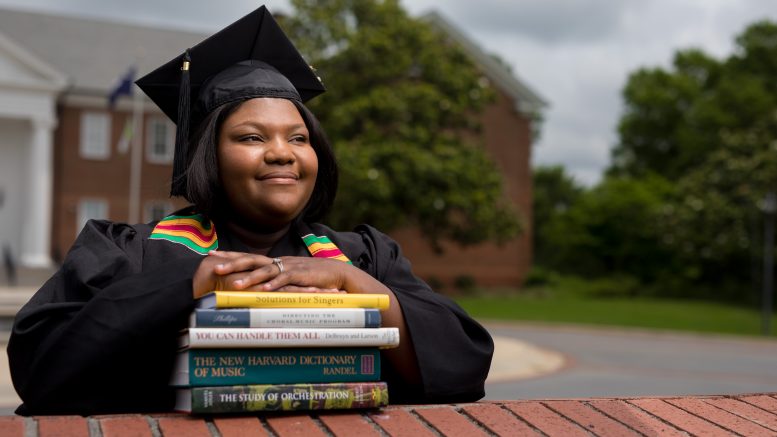 When Jasmine Drummond walks across the stage and receives her master’s degree in June, she will have options. That seems like a simple and obvious statement, but when she crossed the threshold of ECPI University’s Greenville, South Carolina campus in 2013, she couldn’t have imagined that careers in nursing and law would be equally viable prospects for her future.

Working as a cashier at Ingles market, Drummond knew she wanted to go to college, but she had no idea what she wanted to do. An open house at ECPI changed that in a day, and she’s never regretted her choice. Cassandra Rogers, a former healthcare administration (HCA) instructor, spotted Drummond’s potential and talked with her about the security and satisfaction that come with the healthcare industry.

Drummond interviewed with Bon Secours St. Francis Health System on the first Monday after her June 2018 graduation ceremony when she received her bachelor’s degree in HCA and went to work in July. Since then, she’s served as an office assistant, a patient service representative and now, a physician support analyst. In her current role, she trains employees at all levels — including surgeons — to use Epic, an electronic health record software. Since Covid prompted working remotely, she’s naturally encountered difficulties keeping up with her own continuing education and training others through Zoom and Microsoft Teams, but she’s risen to the challenge just as she’s overcome any and all obstacles to her success.

“While I was on campus, if I missed a day, somebody would be calling. After I graduated, all my master’s classes were online, but I could still call anybody in Greenville. Anything I needed — their answer was, ‘We’ll get you help.’”

“I would tell people looking at going back to school, ‘Choose ECPI.’ To the ones already in school, I would point to my favorite scripture, Philippians 4:13 . . . you can be anything you want to be, if only you believe with sufficient conviction and act in accordance with your faith. Whatever the mind can conceive and believe, it can achieve,” Drummond said.

Challenges in her personal life caused her 4.0 GPA to plummet for a time, but Drummond knew she had to “get it together and get it done.” When asked what motivated her to pursue an MBA, her first response was an outburst of laughter and the word “crazy.” She definitely started the program at a crazy time as the pandemic began in March 2020, but with the encouragement of her husband, she followed her ambitions.

Greenville’s current HCA Program Director Frankie Ponce said, “What I remember most about Jasmine was her confidence. She always respected any constructive criticism given to her and would run with it.”

Drummond said she loves her job, but she’s excited about other opportunities within a vast realm. From her early days with Bon Secours, she has been fascinated by the role record-keeping plays in healthcare systems and its ultimate impact on patients. As an office assistant, she worked with attorneys and dealt with HIPAA (Health Insurance Portability and Accountability Act) compliance. She’s set to take the Law School Admissions Test (LSAT) this spring and is currently assessing schools for pre-law courses. At the same time, she can’t help remarking on the peaceful nature of the maternity ward and contemplating hands-on care as a nurse.

Drummond’s mother passed away when she was just two years old. Her grandmother took over her care but passed away when Drummond was five. She stayed with an aunt and then her grandfather until he died when she was 17. Along the way, she was told by some that she wouldn’t be successful in life, but that only fueled her motivation to go to college.

As she considers at least two amazing options, Drummond is grateful to the faculty and staff of ECPI, past and present. “While I was on campus, if I missed a day, somebody would be calling. After I graduated, all my master’s classes were online, but I could still call anybody in Greenville. Anything I needed — their answer was, ‘We’ll get you help,’” Drummond said. Describing Drummond as a vibrant professional, Rogers said, “She is success.”

Upgrading the Case Study: How eCity is creating a More Active Learning Environment 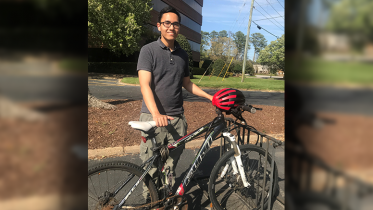