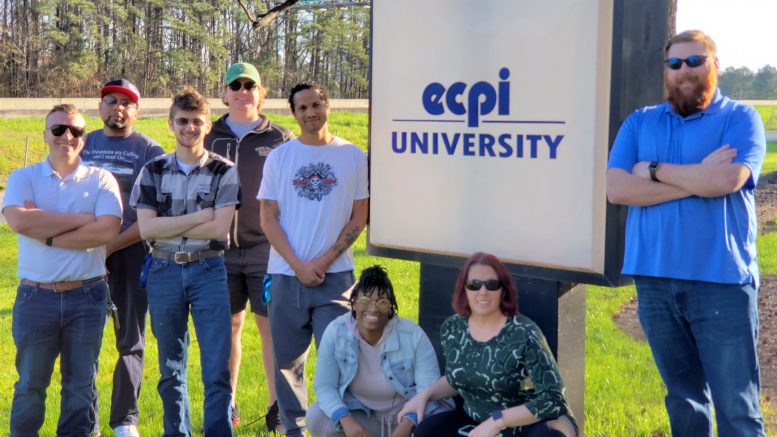 Columbia Campus Cyber Defense Team D0wntheL1ne made a terrific showing at the recently-held South East Collegiate Cyber Defense Competition, placing in the top 10, competing against teams from 40 Southeastern U.S. colleges and universities. Each one included eight players. Suiting up for ECPI University:

Student competitors were on “blue” teams. They defended networks from attacks from “red” teams comprised of cybersecurity professionals. Blue teams earned points for every five minutes they could fight off attacks from those attackers. The competition took place over the course of six hours as students were locked in a battle to stop or prevent hackers from stealing data or taking down the network.

“I could not be prouder of this team,” says Cybersecurity faculty member and team coach Chris Flanery. “They’re mostly freshmen, and this was the first time they’ve ever competed, so it was just so exciting to watch them grow. I feel sorry for those who will be facing us in future competitions. I take my hat off and bow to these students.”