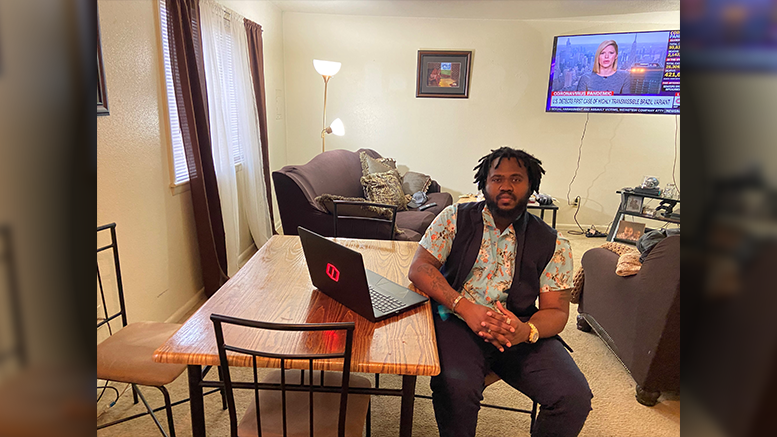 Tyler Joyner spent six years in the U.S. Army. Although he developed a wide range of technical skills during that time, he walked away with something a bit more enduring. “The best part about joining the service was that it taught me the true meaning of loyalty,” he says. “Loyalty is all about supporting the leadership, and standing up for what he or she believes in, and that’s the person I became as a soldier.”

Being led by that moral code, Tyler has a keen sense of right and wrong which helped while transitioning to civilian life. He knew he wanted to serve others. Then, he found his calling. “I was fascinated by the way hackers cracked a system,” he says. “I figured that if I learned how to do the same thing the bad guys know how to do, then maybe I could help with securing an organization’s infrastructure, and that’s what I did.”

“If it wasn’t for teachers like Mr. Blow and Mr. Gibson, I don’t know where I’d be. ECPI can prepare just about anyone for success. The challenges are real. The time and effort are real. Where you can go after that hard work can really pay off.”

With that goal in mind, Tyler enrolled at ECPI University’s Virginia Beach campus to study Cyber and Information Security. Just like serving in the military, it wasn’t always easy, but the effort was worth it. “ECPI University is filled with tough instructors,” he says. “If it wasn’t for teachers like Mr. Blow and Mr. Gibson, I don’t know where I’d be. ECPI can prepare just about anyone for success. The challenges are real. The time and effort are real. Where you can go after that hard work can really pay off.”

It has certainly paid off for Tyler. After earning his Associate’s degree on campus, he switched to online studies and received his bachelor’s degree, then went on to work as a cybersecurity engineer supporting the Air Force on the Enterprise-IT-as-a-Service contract where he worked with various software platforms, including Nutanix, SCCM, Carbon Black, SteelCloud, and many others. “My primary role was to continuously record and analyze endpoints so that I could easily detect, respond to, and properly remediate incidents,” he says. “I believe that compliance is the most important thing when it comes to securing an infrastructure because, without it, it will lead to all sorts of loopholes within your organization’s structure.”

As Tyler accumulated a wide range of new skills and certifications, he came to realize that he was ready to start his own consulting business. “They say that thoughts aren’t worth any value, so I started executing my thoughts and made it into reality so they would be worth something,” he says. Now as CEO of JoySecure Technologies LLC, he seems to be attracting plenty of business. While some industries are suffering under the burden of the COVID pandemic, cyber-attacks are on the rise which means so are business opportunities. Even after the pandemic, the need for cybersecurity services is projected to rise at a steady rate. Therefore, it’s good to know that there are professionals like Tyler Joyner fighting with the good guys. Says Tyler “my hope is just to build my brand, build and enhance new relationships, and continue to learn.”

Be the first to comment on "Army Vet Battles Online Enemies"