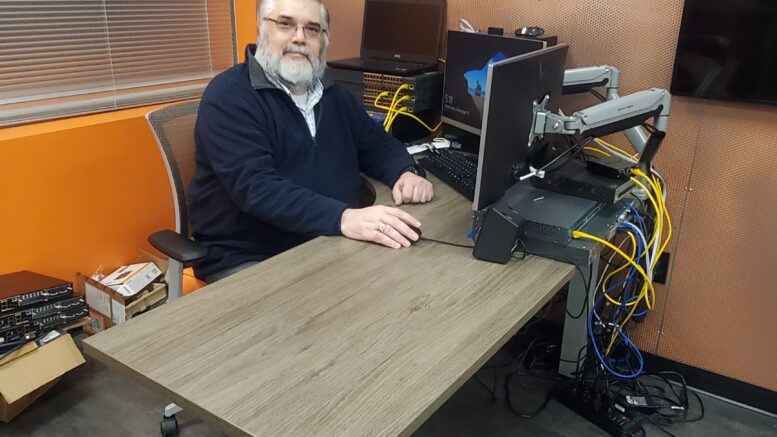 Liam Walsh spent 20 years in the Navy. Like many former service members, he went to work for a government contractor after retiring. That lasted another 10 years until the contract ended and he was out of work after 30 years of drawing a steady paycheck. A single father of twins, he could not let that go on for very long.

Despite a lifetime of experience, Mr. Walsh lacked a college degree which limited his options. Then, he saw a commercial for ECPI University. The idea of earning a bachelor’s degree in just 2.5 years looked to be his best option, and it was. “From the moment I enrolled in the Cybersecurity program, it felt very relaxed,” says Mr. Walsh. “The admissions staff was efficient and addressed my questions and concerns. The instructors I had were great. They took the time to ensure we understood the material and always were there for the students. The campus’ program director, Thomas Sullivan, was just as influential. He would work with me around my schedule, and assisted me when I wanted to take overload classes so I could get done even sooner.

“I felt I could relate to the students here because a lot of them are veterans and working adults with other family and life commitments just like I had. I felt I could show them that success was possible for them too.

“Dr. Olson, the campus president, took the time to know the students, and it was commonplace for him to greet students by name, showing that he was invested in us. So, my experience as a student was great, relaxed, and made me feel supported in my success.” One month before graduation, Mr. Walsh got a job offer to become a systems administrator. Three months later, he began working on his master’s degree at ECPI University. Now with an advanced degree and working as a Senior Systems Engineer and Team Lead, he has returned to ECPI University to teach at night.

“After obtaining my master’s degree, I spoke to Dr. Olson about coming back to teach, as I felt I could relate to the students here because a lot of them are veterans and working adults with other family and life commitments just like I had,” says Mr. Walsh. “I felt I could show them that success was possible for them too. I have been teaching at ECPI for almost a year now and I really enjoy it.

“ECPI University has totally changed my life for the better. The education I received was instrumental in obtaining the knowledge to get back to work as well as providing me the opportunities for promotion in my full-time day job. I believe my education was the key I needed to open new doors to a professional life.”

Clearly, Mr. Walsh is very good at setting and achieving goals. He is currently working towards becoming an Amazon Web Services Certified Educator for cloud computing and will continue his formal education to earn a PhD in Computer Science which he plans to begin after the first of the year.