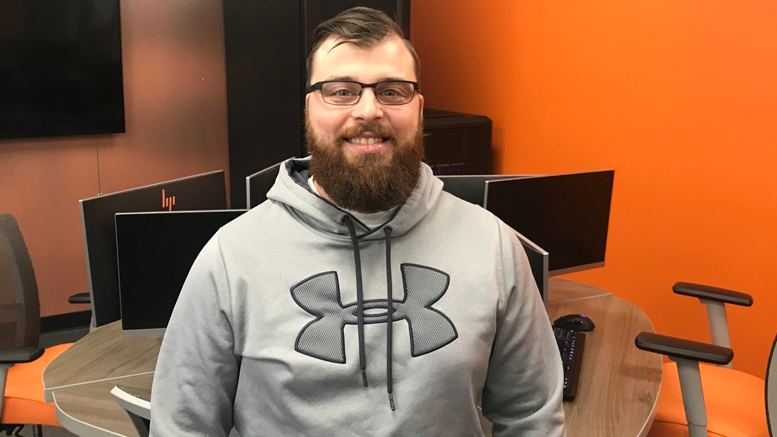 Jason Powell comes from a family of college-bound siblings. He watched as his brothers and sister went straight from high school to college and then straight into debt. Jason decided to take a different path. He enlisted in the Air Force and had his education fully funded by the G.I. Bill.

Jason spent nearly a decade in uniform working as an aircraft mechanic. He saw the world, and was stationed in such places as Germany and Korea. Unfortunately, a spinal injury abruptly ended his military service and he was medically discharged.

As he prepared to re-enter civilian life, Jason was ready to take advantage of his educational benefits. As he evaluated his options, one thing became clear…he had little interest in education for its own sake. He wanted an educational program that was directly aligned with a specific career path.

Jason visited ECPI University’s Newport News, Virginia campus and after meeting with faculty and staff, decided that he had found just the right balance between curriculum, student support, and focus on military and veteran education. “I think it says a lot that ECPI has been ranked number one or close to it year after year, and I was really impressed by the relationships it has with employers, not just for finding a job after graduation, but to have the chance to learn in a real-world setting,” he says.

“My teachers were amazing. I went to school at night and many of them had really substantial jobs during the day. They would often come in with examples of things they were dealing with at work which helped us understand the real-world side of what we were learning.”

Jason enrolled in the Cyber and Network Security program and got straight to work. He recently completed his final course and had a job waiting for him with AMEOT, an IT service company in Newport News. “I feel very well prepared for the job,” says Jason. “Everything we did was geared to the real world. My professors all had a ton of experience in their professions. In fact, one day we were using a CISCO manual and I looked down at the page and noticed that one of the chapters had been written by my teacher!

In His Own Words

ECPI University President Focuses On Our Commitment to Veterans