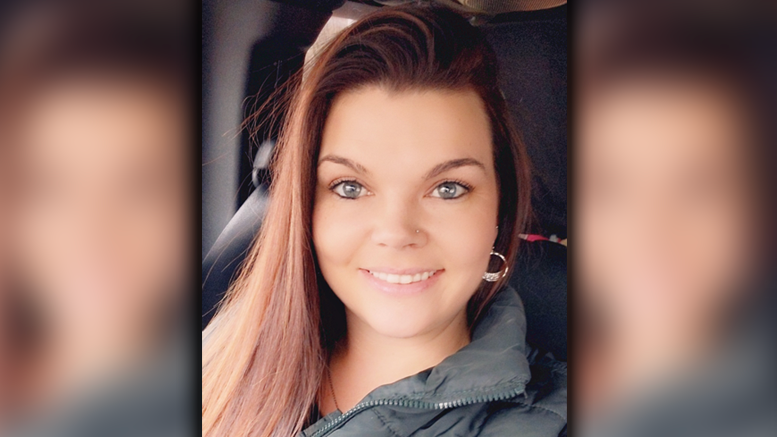 After graduating from high school in rural North Carolina, Ashley Lenzner was ready for something new and different. The daughter of a police officer, she went away to college to study criminal justice. Not long into her studies, her mother became ill and Ashley returned home to help care for her.

Once her mother recovered, Ashley decided she would not return to school. She was looking for adventure and found it in the U.S. Navy, serving six years on active duty and two in the reserve. During that time, she found herself in such faraway places as Africa, Greece, Spain, and Russia, to name a few. “It really gave me an appreciation for America,” she says. “Seeing how other people live and suffer made me appreciate how good we have it.”

During that time, Ashley also met her husband, a fellow sailor. When it came time for her to leave the Navy, she had some decisions to make. She was then the mother of two young girls. She had grown and matured, and had a better sense of what she wanted out of life. As she considered a civilian career, she became more and more certain that a career in healthcare was what she wanted.

Ashley began her studies at a community college, but soon found she was having trouble using her GI Bill, plus she was working fulltime, raising her children, and running a crafting business on the side with her husband. That’s when she discovered ECPI University and its online Healthcare Administration program. “Having the flexibility of online learning made my life so much more manageable,” she says. “Whenever there was any paperwork or red tape issues with the VA, I had advisors there who were always ready to help.”

“Having the flexibility of online learning made my life so much more manageable… If I had any advice for other students, it would be to keep pushing for your goals. School is hard, but it gets better and the reward is so worth it. Remember you are stronger than you think!”

Ashley has now earned her Bachelor of Science degree in Healthcare Administration and is working as an administrative/medical coordinator in an assisted living facility for the intellectually disabled. “My inspiration to succeed is my two sweet girls,” she says. “They look and see that if mommy can do schoolwork at 32 years old, then so can they. We often sat and did our homework together and would talk each other through it, ‘only a little bit more’ or ‘you’re almost done!’”

In about a year, Ashley’s husband will hit the 20-year mark, and plans to retire from the Navy. The family is planning to move to Florida where Ashley will seek a job as a nursing home director. “I love my job and the experiences I have gained,” she says. “If I had any advice for other students, it would be to keep pushing for your goals. School is hard, but it gets better and the reward is so worth it. Remember you are stronger than you think!”

Marine Veteran’s Plan B is A-Okay

Be the first to comment on "Online Education Helps Navy Vet, Mother of Two Transition to Civilian Career"