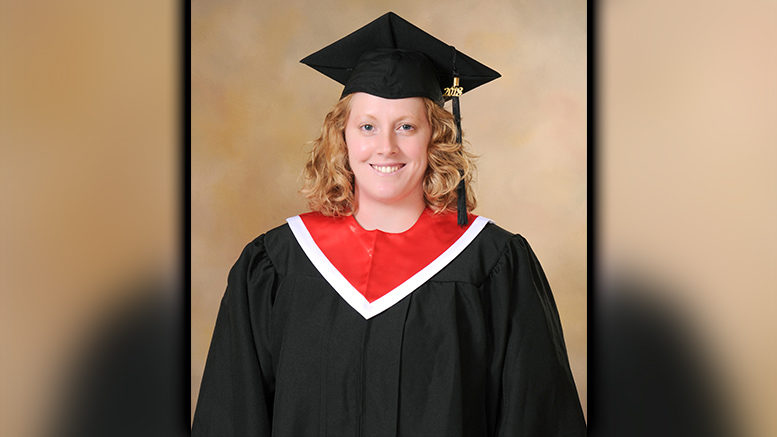 When Celina Long enrolled in ECPI University’s nursing program, she was looking for a real-world learning experience. About a year after she began, her experience with the healthcare world became more real than she ever imagined.

Celina had not been feeling well. She was bruising easily and her gums were starting to bleed. But with a sister getting married and a big final coming, she decided to put off seeing a doctor.

When she did, she learned that she had Acute Promyelocytic Leukemia. It was advanced. Doctors told her that had she not sought medical help when she did, she would have lived only about two more weeks.

[Tweet “When Celina Long enrolled in ECPI University’s nursing program, she was looking for a real-world learning experience.”]

School was no longer the priority. Staying alive was. Celina began a rapid chemotherapy regiment. Six months later, she was declared cancer free. A few months after that, she returned to school. “She picked up right where she left off,” says Susan Gaborik, a nursing faculty member at the Newport News campus. “She did, however, come back with a whole new perspective. She now knows what it’s like to be a patient facing a life-threatening illness.”

Ms. Gaborik says Celina has always been empathetic, but now possesses a depth of personal experience that is especially valuable. Now a year and a half in remission, Celina has graduated with a 3.29 GPA and is currently working in the emergency room at a local hospital. She also plans on returning to ECPI University to earn her Bachelor of Science in Nursing (BSN), and then would like to specialize in pediatric oncology.

[Tweet ““I hope to inspire others by showing them that no matter the hurdle or bump in the road, it is always possible to reach your goal and follow your dreams,””]

Celina says she wants to share a message of hope with others who are facing that same scary diagnosis. “I hope to inspire others by showing them that no matter the hurdle or bump in the road, it is always possible to reach your goal and follow your dreams,” she says. “Having a support system not only from my family but from the nursing faculty and staff at ECPI University has made a world of difference to me. I made it through it all despite the challenges put in front of me and came out even stronger, and so can you!”

Persistence Pays Off for Greensboro Grad Who Wouldn’t be Defeated

ECPI University President’s Message to Graduates: Be a Lifelong Learner