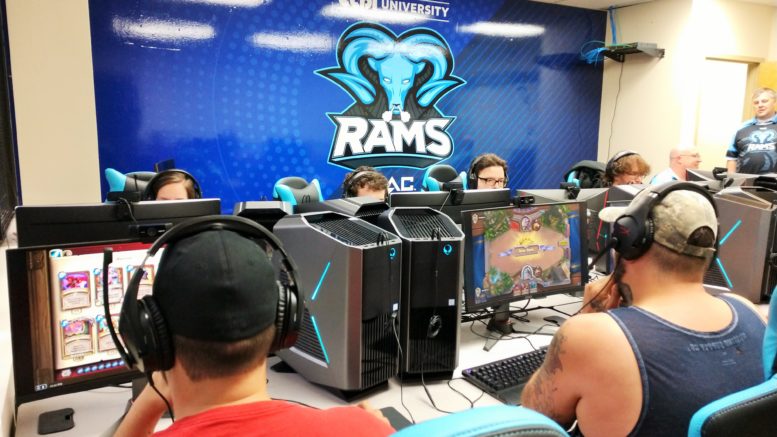 It is the fastest growing sport in the world, with professional matches filling venues like Staples Center and Madison Square Garden. Now, colleges and universities are beginning to form eSports teams to compete at the intercollegiate level. A governing body – much like the NCAA – has been formed. It’s called NAC – the National Association of Collegiate eSports. And ECPI University has just become its 88th member, as well as the first in the Hampton Roads region of Virginia to field a team.

Competing as the Rams, the team will play in PC-based eSports such as:

Each student on the team will receive a scholarship of anywhere between $1,000 and $5,000, depending on skill level. “ECPI University has a longstanding tradition of leading the way locally and nationally for non-traditional learning and success,” says team manager and ECPI University Director of Web Services Mike Glover. “It only makes sense that we would lead the way with the first intercollegiate eSports team in Hampton Roads.”

For those unfamiliar with the eSports phenomena, it is developing at an exponential rate. The Wall Street Journal recently reported that eSports revenue will reach $1.5 billion by 2020. Moreover, the Philadelphia 76ers recently purchased the UK-based professional team, DIGNITAS. There are even efforts underway to make eSports part of the Olympics. A recent study conducted by Newzoo found:

“Given its worldwide growth, it was inevitable that collegiate teams would then form and begin to compete,” says Glover. “We look forward to competing against all of these other forward-thinking schools across the country.”

Persistence Pays Off for Greensboro Grad Who Wouldn’t be Defeated

Be the first to comment on "College eSports Team, the Rams, Starts at ECPI University"