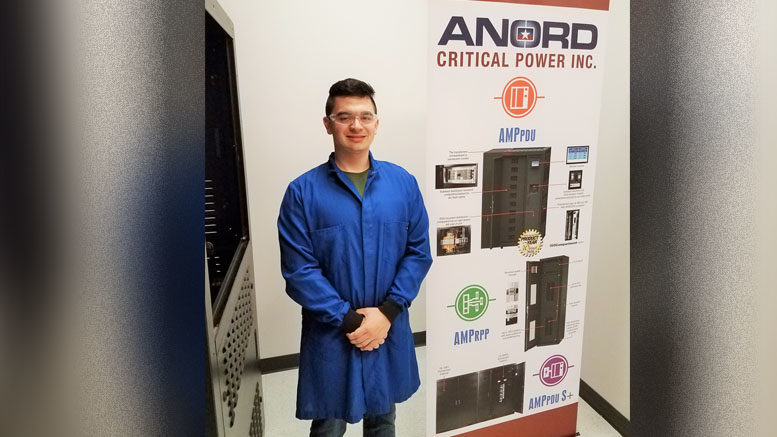 Many of his high school classmates are barely halfway through college, but Stephen Fawcett is already finishing up his Bachelor’s degree and hard at work. A dual-enrollment student at ECPI University’s Richmond/Moorefield campus while still in high school, this Mechatronics student is now wrapping up his studies and working as an Electrical Design Trainee at Anord Critical Power where he had previously completed his externship.

“ECPI University provided me with the relevant and practical information to help me prepare for the world outside of my educational journey,” says Stephen. “They provided me with skills to educate me in electrical design, as well as teaching me about power in electrical devices. ECPI was a perfect choice for me, due to the advance pacing of its Bachelor’s degree programs and the exceptional example of leadership that the professors showed during my educational experiences.”

[Tweet “ECPI was a perfect choice for me, due to the advance pacing of its Bachelor’s degree programs.”]

During his time on campus, Stephen served as president of the Student Leadership Association and the EET Club. When it was time to find an externship site, Campus Director of Career Services Jeremy Johnson had just the right place in mind. “Anord Critical Power is a top-notch manufacturing facility and a leading provider of power equipment for data centers,” says Jeremy. “With its skilled technicians and high-tech equipment, it was a perfect externship site for Stephen.”

For his new employer, bringing him on full-time was an easy decision. “Stephen has shown an exceptional level of comprehension in the troubleshooting and functionality of our advanced systems,” says Jhamal Woodard, Stephen’s externship supervisor. “He strives to become efficient as a technician and has revealed a level of drive and self-determination that is rare in this field. Stephen has already shown himself to be a skilled tech.”

Just over two years ago, Stephen Fawcett was sitting in a high school classroom. He’s now a working professional with a Bachelor’s degree, and serves as an example of how quickly ECPI University can accelerate a person’s career.