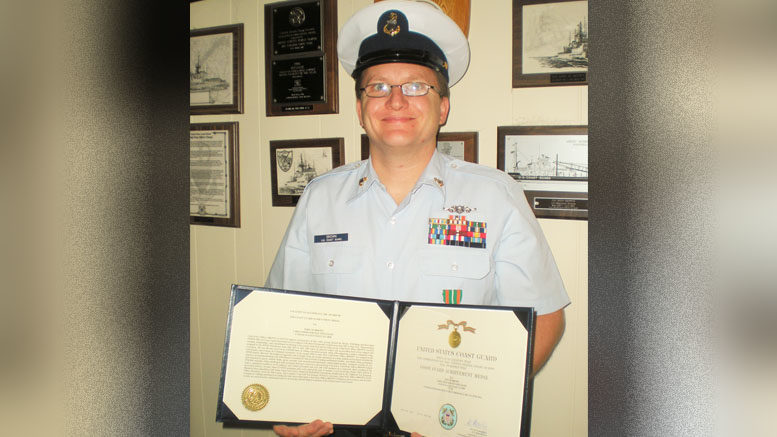 The plan was simple. Get in and get out. Four years in the Coast Guard, then use the G.I. Bill to pay for college. That was John Brown’s plan, but sometimes life gets in the way. First came marriage, then the birth of a child with special needs. Given his responsibilities and the need for quality healthcare, it made more sense to stay in. So, that’s what he did, soon rising to the rank of chief.

The years rolled by, but John never lost his desire to earn a degree. As he entered his 24th year of military service, he decided it was time – time to leave the Coast Guard and enroll in college. A friend recommended ECPI University. A self-described “closet nerd,” John had always been fascinated by computers. He built his first one from scratch in 2000 and has made two more since. That led him to enroll in the Cyber and Network Security program at the Virginia Beach campus.

“I was impressed by all the support I received from faculty, staff, and the VA advisor right on campus. When I reached out for help, I felt like everyone was really listening to me.”

“It was quite a revelation at first,” says John. “I thought I knew a fair amount about computers, but sometimes you don’t know what you don’t know. It was like having a fire hose of information pointed straight at me! Pretty soon after, I got my sea legs and settled into a good routine. I was impressed by all the support I received from faculty, staff, and the VA advisor right on campus. When I reached out for help, I felt like everyone was really listening to me.”

John stuck to his routine and earned his Bachelor’s degree in 2.5 years, and is now working on his Master of Science in Cybersecurity. He’s been active in the campus’ Student Veterans of America chapter, having served as president, and he still tries to stay involved despite a demanding schedule working as a systems administrator at Apex Systems.

[Tweet “I was impressed by all the support I received from faculty, staff, and the VA advisor right on campus.”]

While he’s made a smooth transition to civilian life, it hasn’t always been easy. He and his wife had a second child – also with special needs – and his body is suffering the wear and tear of 24 years of military service, mostly at sea – oftentimes, heavy seas. Still, his energy level remains high – fueled by the pride of his family and the satisfaction of a job well done.

ECPI University Graduate is the Epitome of a Self-Starter

On Campus News and Events at Culinary Institute of Virginia