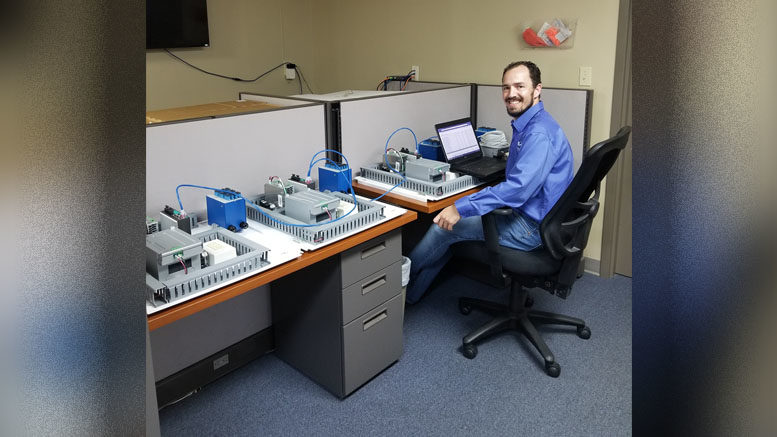 After 14 years in the Navy, Dominic Frontera figured he would stay on long enough to earn his pension. The Navy, however, had other ideas. It was looking to reduce its number of electronics technicians. Dominic learned he would become a civilian much sooner than expected.

Yet, he spent no time feeling sorry for himself. To the contrary, Dominic embraced the opportunity to make a big change. While he enjoyed electronics, he liked computers even more. Knowing there was little time to waste, he was quickly drawn to ECPI University’s accelerated, year-round schedule and the chance to earn a Bachelor’s degree in 2.5 years.

“I’ve been able to do well because I developed very specific skills in the classroom that have translated directly into the things I now do in the field… That kind of education pays off for me on a daily basis.”

Dominic enrolled in the Network Security program at the Virginia Beach campus in 2012, and by 2014 he had earned his degree. Even better, he didn’t have to go looking for a job. Long before he graduated, he already had one. Working with ECPI University’s Career Services Department, he found a company that needed someone with both electronic and computer skills.

Working as a technician for Trimark Associates, Dominic began his new career installing electronic meters and programming wireless systems for the company’s solar and wind power projects. In his spare time, he resumed his studies, having returned to ECPI University to earn his Master of Science in Information Systems online, which he completed last year.

His boss realized he had hired a real winner, and Dominic was soon promoted to his current position as network engineer for the entire East Coast. “I love my job,” says Dominic. “I learn something new every day. I get to travel. Each day is something different. I am so glad I decided to enroll at ECPI University.

[Tweet “I am so glad I decided to enroll at ECPI University.”]

“I’ve been able to do well because I developed very specific skills in the classroom that have translated directly into the things I now do in the field. In my job, you’ve got to be a problem solver. The faculty at ECPI – people like Scott Gibson and Joe Blow – really made me ‘think.’ It wasn’t like ‘here, memorize this.’ It was more like, ‘here, take this scenario that actually happened in the workplace, figure out what went wrong, and solve the problem.’ That kind of education pays off for me on a daily basis.”

Like any good ECPI University graduate, Dominic is committed to lifelong learning. After all, he’s protecting his company’s power grid from hackers which means he has to stay one step ahead. Dominic is also big on setting goals. His next one: earning a Ph.D.

ECPI University Graduate is the Epitome of a Self-Starter