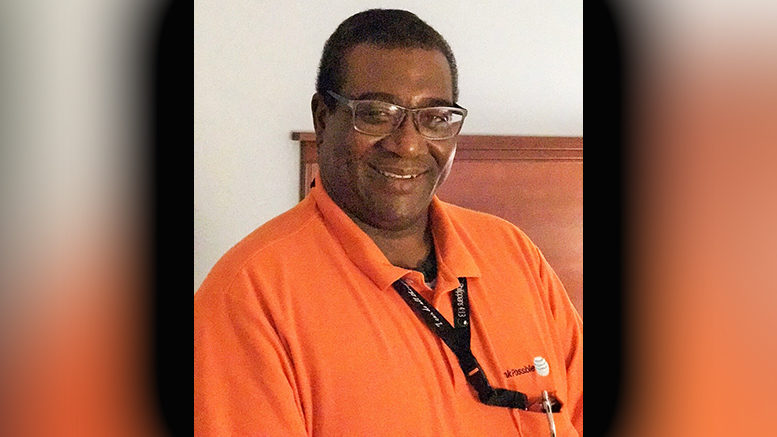 After more than 30 years on the job and nearing retirement, Bert Beasley has become somewhat reflective. So much so, he recently reached out to the man who helped him land his first job after graduating from ECPI in 1986. ECPI University Director of Continuing Education David Abeshaheen was in career services back then. Little did he know, but that job would be the only one Bert would ever need. The company that hired him was purchased by Bell South, and then later it too was acquired by AT&T, with Bert remaining there the whole time.

“I’ve had a wonderful career,” says Bert. “ECPI was there for me at a critical point in my life and I just wanted to express my appreciation for everything ECPI has helped me achieve in life. Back then, I was leaving the Navy and wasn’t sure what I wanted to do. I was interested in computers but knew absolutely nothing about them. The faculty was just amazing. They knew how to take people like me and teach us in a way that we could understand, starting with the basics and building from there.

[Tweet “ECPI was there for me at a critical point in my life and I just wanted to express my appreciation for everything ECPI has helped me achieve in life.”]

“It was so thorough. They taught us how to troubleshoot circuit boards right down to the component level, which was just amazing. Of course, things have changed a lot since then. We’ve gone from analogue to digital to voiceover IP, but I was able to adapt because ECPI always stressed the importance of being trainable. You have to be. New technologies are always right around the corner. Without ECPI, I don’t think I would have had the career that I’ve had.”

Hearing those words, such an expression of gratitude means a lot to people like David Abeshaheen. “It reinforces the reason I have been part of ECPI University for 36 years,” says David. “As our founder Alfred Dreyfus would always say, ‘it’s all about the students.’”

[Tweet ““It reinforces the reason I have been part of ECPI University for 36 years,” says David. “As our founder Alfred Dreyfus would always say, ‘it’s all about the students.’””]

Bert says ECPI is also a big reason why he has been with the same employer for more than three decades. “When David was helping me prepare for interviews, he told me that I should interview the employers as much as they interview me,” he says. “He helped me understand that it was just as important that I find a company that was the right fit for me.”

As he closes in on retirement, Bert has some advice for upcoming graduates. “Bring a positive attitude to work each day. Give your employer and your customers your very best effort. That was something my teachers at ECPI always emphasized and I’ve never forgotten it.”

There’s one more thing Bert says he will never forget. “It’s hard to overstate how much ECPI has meant not just to me, but my family. It was life changing.”

Graduate Living His California Dream Thanks to ECPI University