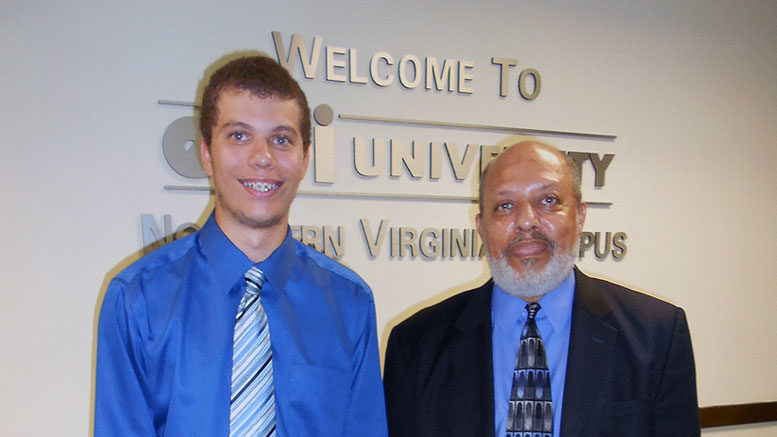 When Arthur Foster enrolled at ECPI, computer technology was still in its infancy.

“People today are walking around with more capability in the palm of their hands than I had in a large data center,” says Arthur. “When I started there were no consoles, I had to use punch cards to communicate with a processor. The amount of work we now do in just hours used to take an entire weekend. I guess you can say I was in the horse and buggy stage of data processing and today we are in the rocket stage.”

[Tweet “”I guess you can say I was in the horse and buggy stage of data processing and today we are in the rocket stage.””]

Nonetheless, Arthur had vision. He could see that technology was advancing at a rapid pace and the number of jobs in the field were expanding exponentially. Taking that computer programming course set him on a path toward a very successful career, but first he would have to overcome major obstacles, ones rooted in some sad chapters of American history.

After finishing at the top of his class, Arthur was excited about his prospects. That enthusiasm quickly faded. “I had a shoebox full of letters telling me why I couldn’t get hired, but I knew the real reason: Back then, companies in the South would not hire a black man as a programmer,” says Arthur. “Some would let you work in operations, but you could go no further.”

[Tweet “”Back then, companies in the South would not hire a black man as a programmer.””]

Rather than moving north, Arthur did indeed take a job in operations. For seven years, he worked hard and kept applying for programming jobs until he finally broke through and was offered a job with a division of General Electric which was later purchased twice and is now owned by Lockheed Martin. He retired in 2009, after 32 years with the company.

Since then, Arthur’s grandson enrolled and graduated from the Northern Virginia campus, and as he reflects on ECPI University’s 50th anniversary, he is very happy the school opened when it did, saying, “ECPI put me in a position to earn high pay which enabled me to be able to give my family a comfortable life. Given the times, that was a rare opportunity.”

Be the first to comment on "Meet Arthur Foster: Programming Class of 1969, Lockheed Martin Retiree"