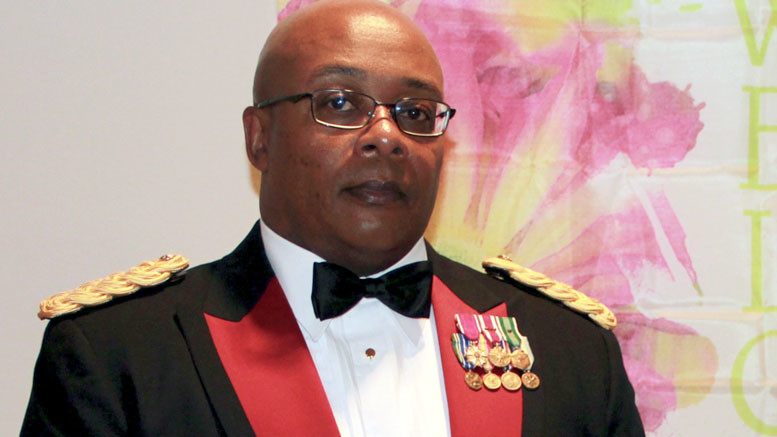 After serving his nation for nearly three decades and achieving the rank of Lt. Colonel, many might consider a leisurely retirement. Not Orlando Walker. “My wife said to me, ‘you’ve done your time and served your country well,’ and that I should retire if I want,” says Orlando. “That’s not me. I can’t just sit around.”

[Tweet “After serving his nation for nearly three decades, many might consider a leisurely retirement. Not Orlando Walker.”]

Orlando’s wife had gone back to school to earn her law degree a few years earlier and when she opened her own practice, he set up her computer system. Orlando had always been good with computers and enjoyed the experience so much that he decided to go back to school and earn a second bachelor’s degree, this one in cyber and network security. He was already familiar with ECPI University and was attracted to the accelerated program.

“I didn’t need another four years of college,” he says, “I needed a school where I could learn what I needed to know in the most efficient way possible.”

After enrolling at the Columbia campus last May, Orlando is now on pace to earn his bachelor’s degree in two and a half years. He’s even thinking about taking a night class every now and then to speed things up even more.

“Orlando is a great combination of humility, diligence, and character,” says faculty member Brandalyn Harper. “He’s reached a pinnacle of achievement in his military career many would rest their laurels on, but not Orlando. Whether he knows it or not, he’s showing his fellow students a lesson that some need to learn – hard work indeed has its rewards.”

Orlando works hard inside and outside the classroom. He serves as vice president of the Student Leadership Association and is a member of the National Technical Honor Society, Phi Theta Kappa Honor Society, and Student Veterans of America.

“It’s been a blast,” says Orlando. “When I looked at all the options available to me, it quickly became clear that ECPI was the University of Choice.”

[Tweet ““When I looked at all the options available to me, it quickly became clear that ECPI was the University of Choice.””]

Faculty members say Orlando displays an enviable level of professionalism in class which serves as a model of behavior for his fellow classmates. “A high level of dedication and thoroughness is evident in his work,” says Ms. Harper. “I remember reading his first speech outline for my class and noticing how much care and attention he put into it. I could tell that when his name is associated with a project, you get nothing but his best.”