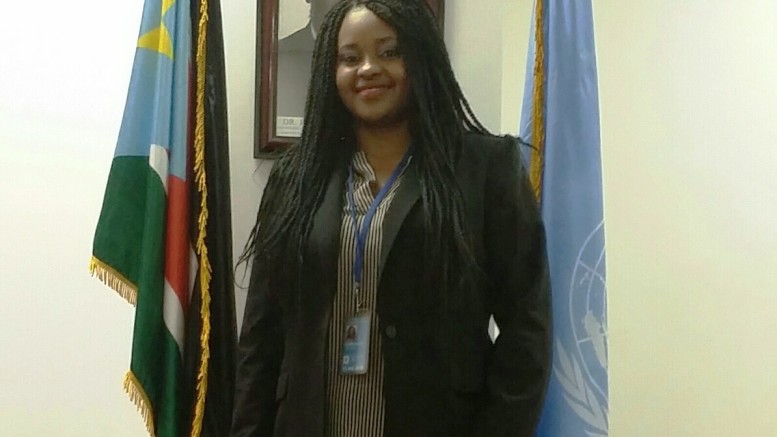 There are things Americans take for granted…living far from the ravages of war being one of them. Not Gisma Majack. She and her family are among the lucky ones. After escaping civil war in South Sudan, they became refugees in nearby Kenya and began the difficult process of seeking asylum in the United States. With the help of Lutheran Family Services, she, her mother, and eight brothers and sisters resettled in North Carolina in 2001.

For the first seven years, Gisma worked as a pharmacy technician. While she was grateful for the opportunity, she had her sights set on bigger things, specifically, a career in business.

“When we first arrived in Kenya, I was a teenager, so I had to help bring in money for the family,” says Gisma. “There were not many options. Many young women would turn to begging or prostitution. There is no way that I would do that. I decided to sell jewelry in the markets of Nairobi. It turns out that I was good at it and developed a real passion for business.”

When Gisma was ready to turn that passion into a profession, she turned to ECPI University in Greensboro. She began by earning an associate’s degree in 2010, and then returned two years later to begin her Bachelor’s degree in Business Administration.

“I loved everything about the program,” she says. “All of us who took evening classes were very close to one another. We worked on a lot of group projects and became active in clubs. The faculty was wonderful and Dr. Scales was like a second mother to me!”

As Gisma was completing her coursework late this past spring, she began working with ECPI University’s Career Services Department to secure an externship. In a twist of fate, she returned to her roots. She was offered an opportunity with the Permanent Mission of the Republic of South Sudan to the United Nations in New York. Like so many ECPI University externs, she was offered a job when it was over.[Tweet “”The faculty was wonderful and Dr. Scales was like a second mother to me!””]

Gisma is now executive assistant to the ambassador. Her duties are many, handling everything from accounting and project management to scheduling and diplomatic protocols. And while she typically works between 60 and 80 hours per week, she says she is very happy which is no surprise considering where her journey began 15 years ago.