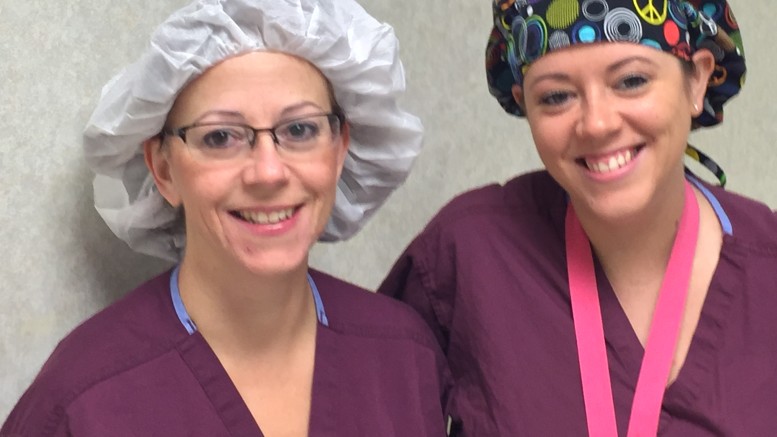 When she was a little girl, Noelle Burdette was fascinated by surgery. So was her mother. In fact, the two would watch actual operations being performed on various medical networks they found on cable. Years later, however, Noelle landed up working behind a desk at a staffing agency, placing nurses and other healthcare professionals.

Several years ago, she found herself at a company Christmas party, talking with some of the very people she had helped place in jobs. Their work sounded so interesting. She knew it was time for her to make a change. So Noelle went online, discovered ECPI University, and took a tour of the Northern Virginia campus. She got one look at the campus’ mock operating room and became instantly intrigued.

Gina enrolled in the fall of 2013 and, like her daughter, finished right on time in 18 months. In addition to support from campus faculty and staff, Gina also enjoyed a little help from her daughter as well.

Says Noelle, “I would help her study and give her some helpful hints, but she studied way more than I ever did!”

Now, they work together at the same hospital and say they love their jobs. They credit ECPI University and, specifically, Campus Program Director Christy Weishorn, with doing an excellent job preparing them to enter the operating room with confidence. “Ms. Weishorn really pushed us to do our best and to work under pressure,” says Gina. “I couldn’t have done it without her.”