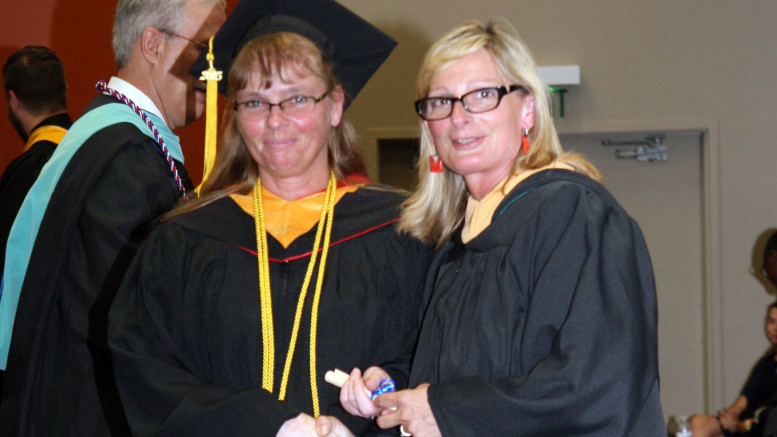 When Debbie Belcher’s children were growing up, she used to tell them “don’t be like your mom and dread waking up and putting your feet on the floor every day.” A mother early in life, she was forced to drop out of high school and worked a series of unsatisfying, low-paying jobs. Eventually, she earned her GED and found a job as a machine operator, but it was far from what she had hoped for.

Over the next 16 years, Debbie attempted community college twice but found it impossible to balance her classes with a fulltime job.

“It was at this time, when I felt discouraged by my experiences with other schools, that I got a call from Mike at ECPI University,” she says. “He told me about the Healthcare Administration Program, one that would allow me to get my bachelor’s degree in only two years. When I found out that ECPI would accommodate my work schedule, I applied.

During my first term, I couldn’t help but ask, ‘My God! What have I gotten myself into?’ The accelerated classes moved fast, and at first, I thought I was too old to learn the material as quickly as it was being taught. But I was persistent and determined, and I got a lot of encouragement along the way. My mom, even when she became sick with cancer, was always a source of that. She would always tell me how proud she was of me, and she told me to stick with it no matter how challenging it was.

When my mom was in hospice, I was taking an accounting class taught by Ursula Singleton. Even though it was a rough time and I had difficulty with the subject, Ms. Singleton worked with me to make sure I understood everything. Plenty of colleges and universities offer degrees that help adult students get better jobs and provide for their families, but here I’ve experienced a transformation that goes beyond education and credentials.”

During this year’s graduation, Debbie was selected to be the student speaker and clearly summed up ECPI University’s belief in lifelong learning, saying “fellow graduates, we’ve worked hard to get where we are today, and we’ll have to work even harder as we go into our new careers, but the lessons we’ve learned at ECPI will help us overcome any obstacle. In my mind, our challenge as alumni will be to not only maintain the spirit of productivity and creativity we’ve developed here, but also to attract the attention of others in the workplace, on the street, and even in our own families.”

As for what Debbie now tells her children, “it’s with complete humility that I proudly say I will no longer tell them to not be like me. I hope they’re as proud of me as I am of them.”

[Tweet ” I will no longer tell them to not be like me. I hope they’re as proud of me as I am of them. #ECPIGrad”]