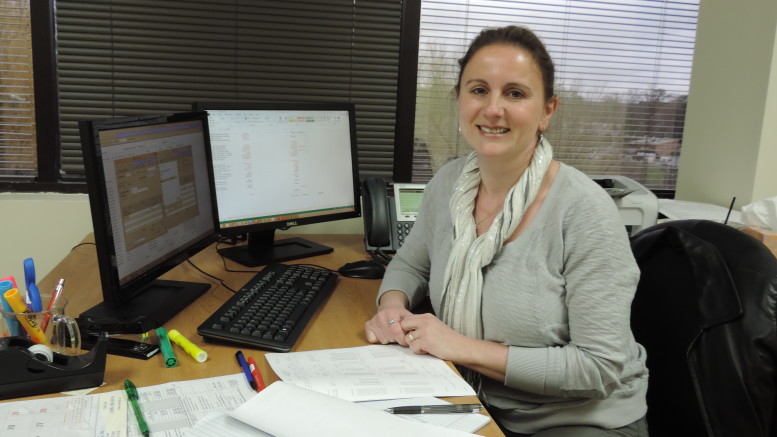 “Living the American Dream” can be a somewhat overused and misplaced phrase. When it’s applied to Irina Ksenjek, it is entirely appropriate. Recently hired as ECPI University’s Assistant Controller, she has a story that is quite compelling. Born and raised in Belarus, her family endured a difficult life under Soviet domination, suffering economic hardships and limited freedom.

They had often dreamed of immigrating to the United States. April 26, 1986 made that dream a dire necessity. Their home in Belarus, near the Ukrainian border, was located just 100 miles away from Chernobyl. The catastrophic nuclear accident that occurred on that day made staying in their home a frightening prospect. The family began the lengthy application process to immigrate to America. In the meantime, they tried to avoid eating locally-produced food but that was not always possible.

It would be eight years before their application would be approved. In 1994, they moved to Virginia Beach where other family members had already located.

“There was a lot of culture shock at first,” says Irina. “Just going to the grocery store was an incredible experience. We didn’t have supermarkets in Belarus. You got what food you could find from small stores, and local farmers. To see all those choices in one store was overwhelming!”

Irina soon enrolled at ECPI University. She studied to become a medical office assistant and soon found work at a medical staffing company. She began doing payroll and found she had a knack for numbers. Twenty years later, she now has a Master’s degree in Accounting and has recently returned to ECPI University as assistant controller. If the story ended here, it’s a pretty good one as American Dream stories go. However, one of her two children just graduated from the University of Virginia and is getting ready to attend medical school. Says Irina, “that’s why we came here.”

The Power of Partnership: How ECPI University Works with Employers to Shape Student Outcomes