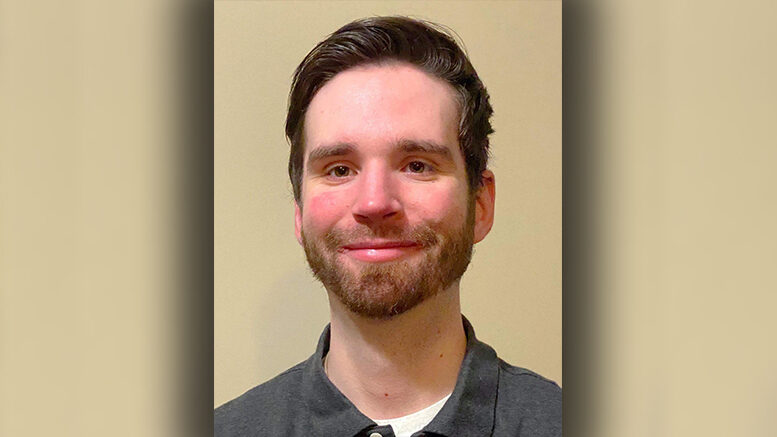 “I thought for a while that retail may be the career for me. However, I realized that working with code was the only thing I could do that I really enjoyed and does not seem like work,” says Cody. “It just amazes me to see all that you can do with computers and writing code. From websites, mobile applications, and beyond, the possibilities are endless.”

Before attending ECPI University, Cody was diagnosed with a severe autoimmune disease, spending the better part of two years in and out of the doctor’s office.

In the back of his mind, however, was a nagging push to go to school and get his bachelor’s degree. He initially enrolled at the College of Charleston, but he was so sick that it was difficult to get around the campus.

“Some of my classes were on the third floor, and I often had to take breaks in between floors to catch my breath,” shares Cody. “A month after classes began, I needed surgery to have a complete colectomy and had to drop out of school. After the surgery, I began the search for online schools.”

Just getting up in the morning was hard for Cody. His body was weak and he didn’t sleep or eat much. Still needing two more surgeries, but wanting to continue his education, Cody looked into ECPI University. “I remember seeing the commercials and how quickly you can get your bachelor’s degree,” he says. “After comparing different online schools, I decided that ECPI was the best fit.”

His professors worked with Cody, and were understanding that sometimes life can just be rough. “They made sure that I never fell too far behind and were always available if I needed help,” he says.

For Cody, the instructors, advisors and career services department made it a great experience. “My favorite part of ECPI is that even though I attended fully online, I still got to meet groups of people with the same goals,” says Cody. “The discussion posts made sure that class members got involved and communicated with each other. It was like being in a physical class as each student got to ask the other students questions and respond to those questions.”

Today, Cody is a software developer with SkillStorm. “I know it is easy to get discouraged when plans do not go the way we want them to, or sometimes life has a completely different plan. This is when we need to get back up and dust ourselves off,” he says. “I could have given up on getting my degree and let my illness take away my future, but I was determined not to give up. The staff at ECPI, and SkillStorm, gave me the opportunity to get my life back on track.”

A Work of Heart: ALS Patient Bonds with Student Nurses